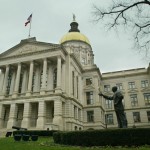 The 2011 session was another slow-moving, drawn out session that has become typical in recent years. Once again, the state is facing declining revenues, which made setting a budget a difficult process. Overall, consumer-friendly measures saw little real action, while several potentially harmful measures moved quickly. Here is a wrap-up of some of the consumer issues that Georgia Watch was following in 2011.

EMC Transparency:
Rep. Wendell Willard introduced HB 316, which would require Electric Membership Corporation (EMC) board meetings to comply with Georgia’s Open Meetings law. It was sent to the House Energy, Utilities, and Telecommunications Committee. Unfortunately, the committee chair, Rep. Don Parsons (R-Marietta), decided that the bill was not important enough to receive consideration. After waiting for two weeks after the bill was introduced, he scheduled a hearing on March 10th before a hand-selected subcommittee, after receiving calls from constituents who are Cobb EMC customers.

The hearing went very well, as people testifying in favor of the bill far outnumbered the three EMC lobbyists supporting the measure. However, Rep. Billy Horne (R-Newnan), the subcommittee chair, declined to take a motion on a vote. No further action was taken on EMC transparency in 2011, but HB 316 will be eligible to move in 2011.

For further information on Georgia Watch’s position about the need for EMC transparency, click here.

Public Service Commission:
HB 216 would have allowed a majority of the five Public Service Commissioners to override the system of a rotating chairmanship with an elected chair. It was introduced by Reps. Roger Williams (R-Dalton) and Don Parsons (R-Marietta), and Public Service Commissioners Bubba McDonald (R-District 1) and Doug Everett (R-District 4) openly lobbied for the measure. Georgia Watch expressed concern about this bill because it would allow three of the five members of the PSC to effectively set the agenda, by shutting a minority out of the chairmanship, thereby further politicizing a regulatory panel that ideally should be apolitical.

The bill was assigned to Rep. Parsons’ committee and started moving in mid-February. It barely passed out of a subcommittee on a 5-4 vote, and passed the full Energy, Utilities, and Telecommunications Committee a few days later. On March 8th, it came to the floor of the House. Georgia Watch was the only organization lobbying on the legislation. Reps. Carl Rogers (R-Gainesville) and Karla Drenner (R-Avondale Estates) made speeches opposing the bill and a coalition of Democrats and mostly back bench Republicans delivered a crushing defeat to HB 216. The final vote was 60-103, 31 “yes” votes short of the required majority.

A similar piece of legislation, which also was being pushed by some members of the PSC, died in the Senate in 2009.

Ethics:
Georgia Watch was invited to join the Georgia Alliance for Ethics Reform, along with Common Cause, the League of Women Voters, and the Tea Party Patriots. The Alliance put together a number of planks in a platform to promote more transparency and accountability for politicians and lobbyists. The Alliance held a press conference the morning of Wednesday, February 16th, to announce their priorities. For full story and video of the event, click here.

The Alliance worked with Senator Josh McKoon (R-Columbus) on a comprehensive omnibus bill, but he ultimately decided against signing the legislation because of a warning from Senate leadership that it would not go anywhere. However, Sen. McKoon did get a concession: he will chair a special subcommittee of the Senate Ethics Committee that will examine the state of ethics laws in Georgia and how to improve transparency and accountability. Meanwhile, Sen. Steve Henson (D-Tucker) filed HB 248, which was co-signed by a number of Democrats. It would limit transfers between campaign accounts, cap gifts to elected officials, and extend the revolving door policy to two years. Unfortunately, this bill did not even receive a hearing. We look forward to substantive action from the legislature on this topic.

Utility Campaign Contributions:
Georgia Watch was joined by the Ethics Alliance in opposing SB 160, which was sponsored by Sen. Don Balfour (R-Snellville). This legislation would overturn a decades-old restriction in Georgia law that keeps monopoly utilities from making direct political contributions or setting up Political Action Committees (PACs) for their employees and contractors to give to. If this law were to pass, utilities could write checks to legislators and some statewide elected officials.

The point of Georgia’s current restriction on campaign contributions by monopolies is that utilities such as Georgia Power, Atlanta Gas Light, and EMCs are very powerful institutions. These entities have no competition for customers, and can take away land through the power of eminent domain. These unique powers are granted to utilities by the state, and the point is that the elected officials who can expand or restrict those powers should be insulated from the utilities that benefit from them.

Supported by a broad coalition of utilities, SB 160 passed out of the Senate Ethics Committee unanimously, and received yes votes from most Republicans and Democrats on the Senate floor. When it got to the House, the bill was amended in committee to include a provision that closed the lobbyist loophole allowing undisclosed gifts to staff employees of public officials. Georgia Watch and Georgia Alliance of Ethics Reform supported the amendment, but pushed legislators to attach the loophole fix to a less objectionable bill. (For more information about the amendment, click here). Despite widespread opposition by ethics watchdogs, the House passed the amended SB 160 by a vote of 162-8. The bill now awaits the Governor’s signature.

Health Insurance:
In an attempt to evade consumer protections on health insurance, HB 47 was introduced by Rep. Matt Ramsey (R-Peachtree City) to allow individual plans from out of state to be sold in Georgia. These plans would not have to comply with Georgia requirements on minimum coverages for certain screenings and procedures. For example, a policy could be sold from a state which does not require screenings for certain types of cancer. Someone who needs such a screening would have to pay for it out of pocket, and would be much less likely to get checked for cancer, leading to unnecessary pain and higher costs down the road.

Georgia Watch opposed this legislation and met with the bill sponsor to express our concern. By allowing out of state plans to be sold to individuals in Georgia it is substituting the consumer protections that our legislature has enacted for those of another state. HB 47 moved out of the House with opposition only from Democrats. On April 12, the Senate followed and passed the bill largely along party lines, 37-17. HB 47 now needs only the Governor’s signature to become law.

Throughout session, Georgia Watch supported an alternative approach to HB 47. Senate Bill 17 sets up a commission to look at required health insurance coverage on a case-by-case basis and make recommendations on whether each item or proposed item would be beneficial to Georgia consumers. Adopting only SB 17 would have allowed for a cost-benefit analysis of each different requirement instead of throwing them all out at once. SB 17 passed both the Senate and House easily and is awaiting signature from the Governor.