HomeConsumer Energy ProgramConsumers Can Protect Themselves From Shutoffs...

Consumers Can Protect Themselves From Shutoffs During Extreme Heat 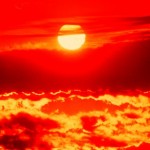 Georgia is experiencing an extreme heat wave that can be dangerous – especially to the most vulnerable, such as the elderly, sick, and very young. When temperatures rise, Georgia Power customers should be aware that Georgia Power cannot disconnect service when the National Weather Service has issued a heat advisory, as predicted for tomorrow.

The extreme weather rule has been in effect since January 2009 and is part of the Public Service Commission’s seasonal restrictions, which also includes a ban on disconnections during winter months when temperatures fall below 32 degrees.

The National Weather Service is expected to issue a heat advisory tomorrow, with possible record-setting temperatures projected in the high 90s. The National Weather Service issues heat advisories if there is at least an 80 percent chance that the heat index during the day will reach a high of 105 degrees, and at night, a low greater than 75 degrees, for at least two dates in a row.

Georgia Watch Executive Director Angela Speir Phelps, who proposed the protective rule when she served as a Commissioner on the Public Service Commission, says it is absolutely vital we protect the most vulnerable Georgians in the event of extreme heat.

“Customers across the state should remember that Georgia Power cannot disconnect them on the hottest days. They are protected from shutoffs during the harshest days of summer,” says Speir Phelps. “It’s also important for us to keep an eye on neighbors to make sure they’re not suffering without air conditioning during the extreme heat.”

In 2007, a two-week heat wave throughout the Southeast claimed the lives of more than 40 people.

Studies by the Centers for Disease Control and the Environmental Protection Administration show that a heat index of 105 degrees can be life threatening. Urban areas, in particular, are at risk of “heat islands” whereby heat is trapped for days after a sudden spike in temperature. This effect can cause severe dehydration and wear down the body’s defenses.

Georgia Watch Consumer Energy Director Clare McGuire says as the weather gets warmer and more energy is needed, consumers should keep in mind some basic energy saving tips so bills don’t get out of hand.

“Georgia Power bills have gone up significantly, with the average consumer paying nearly $15 more per month in 2011 than in 2010,” says McGuire. “To save money it’s a good idea to keep your thermostat set to 78 degrees, use ceiling fans to help circulate the air, clean or replace air filters on a regular basis, weatherize your home and keep curtains or shades closed during the day to eliminate heating from the sun.”

If you have any questions about ways to save on energy bills or about the PSC extreme weather rule, you can contact Georgia Watch or the Georgia Public Service Commission.