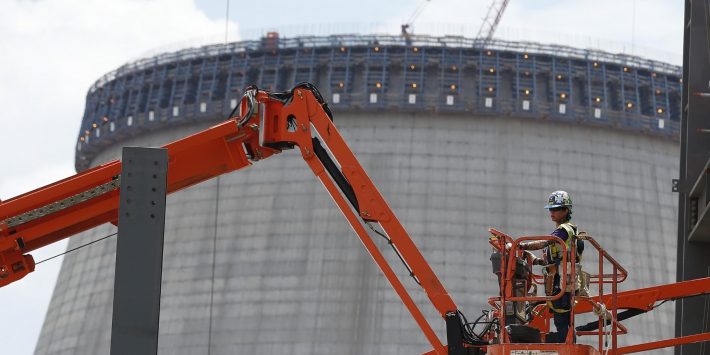 A proposed bill that would have limited how much Georgia Power customers have to pay to help build nuclear Plant Vogtle doesn’t do that anymore. Now the bill affects any future nuclear power plants but doesn’t change things for Vogtle.

The original version had been waiting for a committee hearing but hadn’t gotten one.

This version will still have an impact, said state Sen. Chuck Hufstetler, the Rome Republican who introduced the bill.

“Make sure that anything that happens in the future has to come back to the Legislature, and let’s discuss the financing method,” he said.

Georgia Power’s customers have paid about $2 billion toward the nuclear project on their monthly utility bills.

Liz Coyle, director of the consumer group Georgia Watch, is a critic of Plant Vogtle, but she’s still happy with this version of the bill.

“It allows protections for Georgians in the future, and maybe by next year, we’ll be able to look for something that will relieve Georgians today who are paying those bills,” she said.

Plant Vogtle is years behind schedule, and its budget has nearly doubled to more than $22 billion.

The state Legislature passed a bill in 2009 allowing Georgia Power to collect money from its customers before the project is complete. Hufstetler said he thinks that bill – SB 31 – was a mistake.

“And I think people who voted for it, in hindsight, think it was a mistake. So this will stop that from being used in the future,” he said. “I think the safeguards weren’t put in there in the event of it having cost overruns and delays that allowed for additional profit and additional payments to be made.”