Georgia Watch has released its final findings in the ‘secret shopper’ study done on paid tax preparation in Southwest Atlanta.  The results are a culmination of investigative work done to bring to light the harm that unlicensed tax preparation is doing to some of Atlanta’s most vulnerable communities.

“People have no idea what level of education these people have, how honest they are, what they’re really going to do with their personal information and whether or not they’ll file their taxes accurately,” says Liz Coyle, Georgia Watch’s Executive Director.

Secret shoppers in the study visited twenty locations preparing taxes in Southwest Atlanta.  In nearly every scenario, discrepancies and evidence of improperly prepared taxes were found. Currently in Georgia, no licensing or training requirements exist for tax preparers.  “It’s a tremendous problem,” says Coyle.  “We absolutely want Georgia to put in place some common sense regulations of this industry.”

See coverage of the study’s final results below: 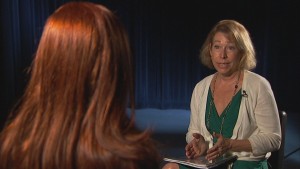