Half a Million Mortgage Holders “Underwater” in Georgia 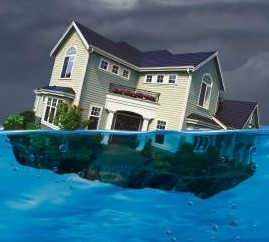 “We need to ensure that information is available and clear when consumers are deciding the best financial route for their families, including the knowledge that a mortgage broker may be receiving kickbacks as incentive to push high-interest loans.” Georgia Watch Executive Director Angela Speir said. “State policy should require disclosure and accountability during home loan origination – negative equity would be less of a problem if consumers knew what they were getting into in the first place with some home loans.”

In 2010, the House of Representatives will have the opportunity to pass Senate Bill 57, which passed in the Senate in 2009. SB 57 would curb destructive incentives and lending practices, such as yield spread premiums (YSPs) – otherwise known as kickbacks – for mortgage brokers. When brokers steer borrowers into loans with higher-interest rates than they financially qualify for, the lender pays the broker a kickback.

SB 57 would require mortgage brokers to act in the best interest of borrowers and force lenders to verify borrowers’ financial ability to repay a loan. Income verification would prevent borrowers from accepting loans they cannot afford. Though this reform will not attack current “underwater” homeowners, the bill would prevent inappropriate lending from happening in the future and in turn, protect future homebuyers.

“This crisis is proof that the recklessness of a few can affect us all – even those who had nothing to do with subprime loans,” Georgia Watch Deputy Director Danny Orrock said. “By enacting standards on how the riskiest loans are written, Georgia can protect borrowers, neighborhoods, and the overall mortgage market, which benefits the economy as a whole.”

Georgia is seventh in the nation for foreclosures, with numbers expected to continue to increase over the next few years without suitable reform. The state joins Ohio, California, Florida, New Jersey and Arizona as one of the worst in the nation for properties approaching negative equity position.