Today, the Public Service Commission voted to allow Georgia Power a cumulative rate increase of $2.1 billion over the next three years, an amount that will raise monthly electric bills for the average residential ratepayer by more than $10 per month in 2011, and increase incrementally to over $15 per month by 2013.

“Commissioners turned a deaf ear to Georgians who overwhelmingly said now is not the time for a rate increase,” said Georgia Watch executive director Angela Speir Phelps, a former public service commissioner herself. “This decision reflects a real disconnect between Commissioners and the financial reality businesses and families are facing in this economy.”

Despite widespread opposition by a broad coalition of consumer groups and business customers, four commissioners voted in favor of the rate increase: Stan Wise, Lauren “Bubba” McDonald, Doug Everett, and Chuck Eaton. Departing commissioner Robert Baker was the only “no” vote. 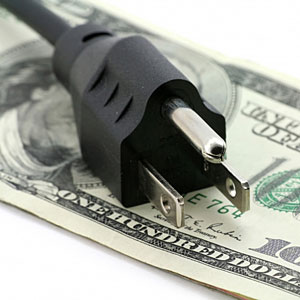 Georgia Watch formally intervened in the rate case and submitted an alternative ratepayers’ proposal that would have cut the rate hike in half and set a ceiling of 10.75 percent on Georgia Power’s allowed profit margin, a figure supported by the PSC’s own expert witness.

However, the PSC voted to set the company’s profit ceiling at 12.25 percent and allow the electric company to keep one-third of all profits above that number.

“This is one of the largest rate increases in Georgia history and it comes at one of the worst financial times in our history. At the very least, all overearnings should be returned to residential and business customers,” said Speir Phelps.

In one of the most troubling aspects of today’s decision, Georgia Power will now have the option to sidestep a full review process on future rate increase requests. If its profit margin dips below 10.25 percent, the electric company will be allowed to file for rate hikes in an abbreviated 90-day proceeding in lieu of the well-established six-month formal review process.

The rate case decision will take effect next month. Additionally, ratepayers will see a new fee on their electric bills associated with the construction of two nuclear plants at Plant Vogtle near Augusta. The Nuclear Construction Cost Recovery (NCCR) fee will add a separate charge of $3.73 in January 2011 and increase incrementally to $8.71 by 2015. As a result of today’s base rate increase and the NCCR fee, the average customer bill in 2011 will increase by more than $14 per month.