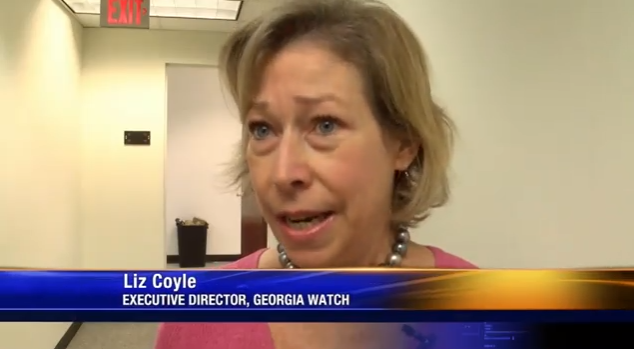 ATLANTA, Ga. (WJBF)- The staff of state regulators are now asking for Georgia Power to take more responsibility for cost overruns in construction of reactors 3 and 4 at Plant Vogtle. NewsChannel 6 first exposed that construction on Plant Vogtle has allowed the company’s shareholders and financiers to make more than $1 billion in profit on an over-budget and behind schedule project by charging customers for construction and a return monthly on their power bills.

Now, analysts are asking that the company share more of the project’s financial risk with customers or cancel construction.

In the first Public Service Commission hearing since Vogtle contractor Westinghouse went bankrupt, the multi-billion dollar nuclear project in Burke County is at a crossroads. In the wake of the bankruptcy, Georgia Power, the largest owner of the project, executed a cost-to-complete analysis to determine if continuing with construction of reactors 3 and 4 is worth it.

The company recommended continuing construction with no cap to spending. The Public Service Commission will make a decision on whether to approve, deny or modify the company’s recommendations on December 21.

“Billions of dollars are at stake,” said Liz Coyle, who is the executive director of consumer advocacy group Georgia Watch.

The Public Service Commission’s Staff recommends that the commission hold the company more accountable going forward. The staff says the company’s conditions shift most of the risk to customers, to the tune of a negative economic benefit of $1.6 billion. In layman’s terms: it would be cheaper build another type of power plant in a different location than continue with this project.

The staff analysts recommend that the commissioners should only approve continuing construction if it provides economic benefit to customers, which would require the company to bear some of cost overruns and risks going forward.

“I believe what the commission will do is have a vote, and set a standard that the company can either accept or reject,” said Georgia Public Service Commission Chairman Stan Wise. “If they accept it, it is essentially a go vote; [they] will continue the project.”

Saff’s analysis now puts the cost of the project to be twice as much as originally planned. For Georgia Power’s 45 percent stake in the project, it was supposed to cost $6.1 billion. Now, it’s estimated to double. Add that $12.2 billion to the 55 percent stake of the project’s other owners, and the total estimated price tag is well over $20 billion. The completion date has also been extended 68 months.

According to financial reports, Georgia Power has not suffered because of the delays and costs. In fact, they are making money off the project, even though the reactors have not produced enough electricity to light a single bulb.

The company is allowed to collect a set rate of return on its investments, usually around ten percent. So the more the company spends on Vogtle, the more it makes. And it’s all coming from a monthly charge on your power bills.

The staff says with the cost overruns so far, the company is set to make nearly twice what it would have if construction stayed on schedule. In their testimony, the staff says the profit the company will collect will increase from about $7.4 billion to about $12.6 billion over the life of the units; that’s more than a $5 billion profit on cost overruns and delays that Georgia Power customers will pay via their power bills.

“We remain confident that the unified recommendation to move forward with construction represents the best choice for customers while preserving the benefits of a new carbon-free energy source for our state,” said Georgia Power spokesperson Jacob Hawkins in an email to NewsChannel 6. “We also understand that this is a complex and difficult decision and it is ultimately the decision of the Georgia PSC on whether or not we will move forward with the Vogtle project.”

He says the company is sharing the financial risks, noting that a commission agreement about delays has resulted in a nearly $500 million penalty to shareholders. However, the PSC staff says this reduction will only prevent the company’s profit from increasing to about $13.1 billion.

Georgia Power also announced Thursday that it has received the total $1.7 billion owed it by Toshiba, the parent company of Westinghouse. However, the PSC staff’s analysis included this money in its analysis, so it does change the conclusions presented in their testimony.