Was your home damaged in a storm? A drone could help you.

HomeFinancial ProtectionWas your home damaged in a storm? A drone...

Was your home damaged in a storm? A drone could help you. 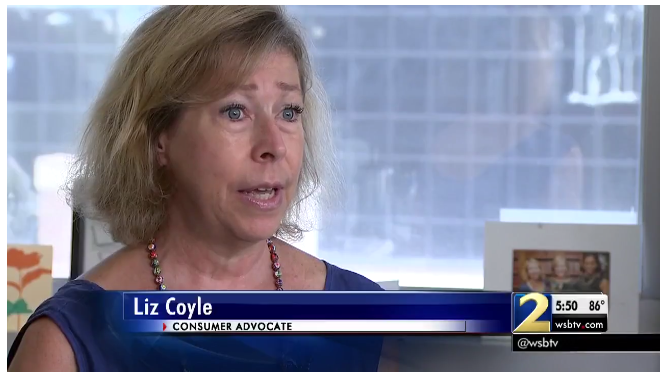 ATLANTA – WSB consumer advisor Clark Howard said the big problem after a storm or disaster is how long it takes insurance companies to visit homes to effected and assess the damage. Insurance companies agree— That’s why many of them are turning to drones.

“From a consumer perspective it’s critically important that we get there faster,” explained USAA’s strategic innovation director, Kristina Thomasetti.

Thomasetti said when a large weather event occurs, often contractors come from outside the region looking for work.

“Sometimes that can invite some unscrupulous folks which typically come in a little bit later because they are trying to seize the moment,” Thomasetti said.

She’s seen firsthand the time drones saved by drones when a hail storm blew through her neighborhood in San Antonio, Texas in April of 2016.

Using Drones, the adjusters were able to inspect 15 homes on her street in four hours. Those same inspections done by and adjuster on a ladder would’ve taken triple the time.

“Not to mention that it can be safer,” Thomasetti said. “Using a drone here versus climbing on top of this roof that you can see is kind of steep it’s kind of high.”

There are limitations to where the drones can be used. When flying insurance companies are required to maintain a visual line of sight. The Federal Aviation Administration also requires companies to get permission from the homeowners for a drone to be use.

Thomasetti said if they say no, a traditional inspection will be done.

Liz Coyle, who runs the consumer watchdog group Georgia Watch, told us drones could be a plus for the consumer as long as they are used in the right way.

“If a homeowner feels that this is just a way that the insurance company is trying to get away from paying a claim by not providing really accurate information about the damage done that would be a real problem,” Coyle said.

When we asked Thomasetti if these drones would replace human inspectors she said no.

“We using the drone to capture the images but the humans are still making those decisions,” Thomasetti said.

She said the time saved by using drones gives the adjuster more time to go over the estimate with the homeowner.

Thomasetti said as technology improves, so will they.

“What would be awesome is what if I can tell you before you even report it hey we know you’ve had damage to your house we’re here to help whenever you need It,” Thomasetti said.

USAA hopes to have drones fully operational in early 2018.