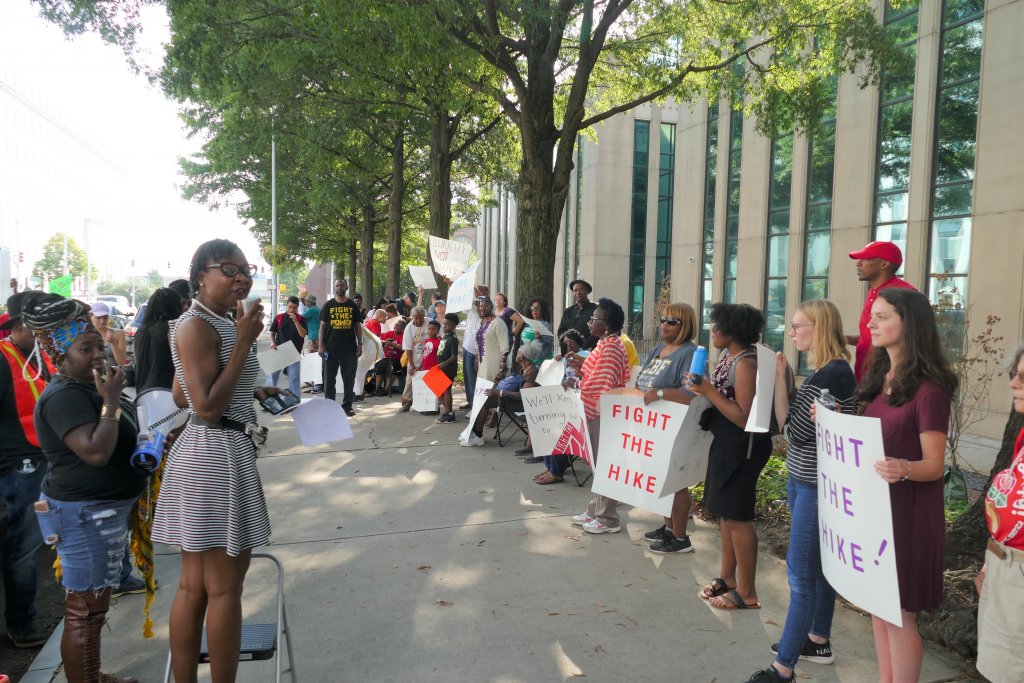 State utility regulators are set to sign off on terms of a repayment plan for 160,000 Georgia Power customers delinquent on their bills when a moratorium on electricity shut offs expires next month.

The Georgia Public Service Commission is scheduled to vote Tuesday on a proposal to offer Georgia Power’s delinquent customers the option to pay off their late bills over time starting this fall.

Consumer watchdogs want the state’s largest electricity utility to provide as many resources as possible to protect customers from having their power shut off during a lingering pandemic that shut down the state’s economy and sent unemployment soaring past highs reached during the Great Recession a decade ago.

The repayment proposal comes on the heels of the state Public Service Commission’s decision to allow the company and other utilities to resume cutting off service following a three-month moratorium that ends July 15.

As of early June, about 160,000 Georgia Power residential and commercial customers were at least 60 days behind on their bills. Those customers will have a chance over the next month to sign up for a six-month repayment plan that would begin in October to avoid a service interruption.

Georgia Watch and other consumer advocates are calling for Georgia Power to provide a detailed plan to show how it will work with customers who can’t pay off their entire unpaid tab in those six months.

“The focus should be now more than ever on how do we help Georgians keep their lights on,” Georgia Watch executive director Liz Coyle said.

Before the shutoffs resume, it’s critical that there is a concrete protocol for communicating with customers “and helping them manage their debt,” said Kurt Ebersbach, a senior attorney for the Southern Environmental Law Center.

The PSC staff recommends the commission sign off on the Georgia Power debt plan so the company can begin working with customers to settle up on their old bills.

The utility will waive late fees as it attempts to recoup lost revenue since the spread of COVID-19 caused businesses to shut down in mid-March, Georgia Power attorney Brandon Marzo told PSC committee members last week.

But many customers were already struggling to get by before the pandemic hit Georgia and will need more relief than Georgia Power proposes, said Wan Smith, Just Energy Organizer with the Partnership for Southern Equity.

“They’re not being advocates for the people because if it was right to have moratorium and suspend shutoffs, then it’s still right to continue the moratorium and come up with a more viable plan for debt,” she said.

Georgia Power also wants the right to collect any remaining bad debt accumulated from the electricity shut-offs as part of potential future increases passed along to ratepayers.

The PSC approved a $1.8 billion rate hike last fall that carries through 2022.

“Rates are not changing over the course of the next three years,” Marzo said. “This (debt) issue will be deferred for consideration at a future rate case.”

The Sierra Club of Georgia is asking the PSC to extend the disconnection ban beyond July.

“They’re putting quite a bit of people at serious risk when there is an extremely deadly disease happening again,”said Neil Sardana, an organizer for the Sierra Club’s Beyond Coal Campaign.

“In many states it’s starting to resurge. Now in Georgia, we’ve stayed at a plateau, but if all of a sudden people are not able to have power, that could escalate a public health crisis.”