What a Controversial List Says about Nonprofit Hospitals’ Charity Record

What a Controversial List Says about Nonprofit Hospitals’ Charity Record 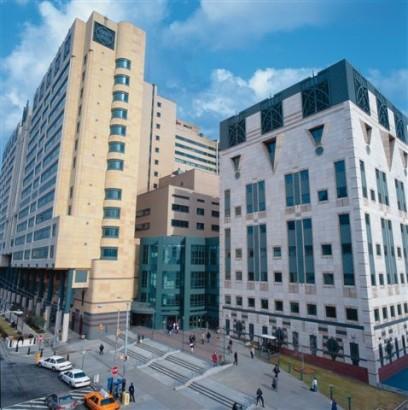 Grady Memorial Hospital ranks first, and Piedmont Hospital last, in a report rating the 10 largest nonprofit Atlanta/Athens area hospitals on their spending on charity care and other community health initiatives.

The “Fair Share’’ ranking, from the Lown Institute, was released this week and has already generated controversy.

The rankings compared a hospital’s charity care and community spending to its projected tax burden had it been paying taxes. A ‘‘deficit’’ means it spent less on providing free or discounted care and on community investment, such as subsidized health services, than it received in tax breaks.

At the bottom were Atlanta’s Northside Hospital and Piedmont Hospital, with Fair Share deficits of $11 million and $16 million, respectively. (See list below).

Nonprofit hospitals are exempt from paying taxes. This status is offset by their obligation to deliver a community benefit, a requirement that was bolstered in the Affordable Care Act.

Overall, the Lown Institute analysis, which did not include children’s and specialty hospitals, found that 72% of private nonprofit hospitals nationally had a Fair Share deficit.

The combined deficit for private nonprofit hospitals was $17 billion, with individual hospital deficits ranging from a few thousand dollars to $261 million.  The data used came from 2018 cost reports and IRS forms.

Grady officials, responding to the report, said this week that it has “a strong commitment to the care we provide to the community.’’

“Beyond the services within our health care settings, we seek to treat the whole person through programs like Food as Medicine/Jesse Hill Market, mobile integrated health for at-home care, supportive community health workers and partnerships with housing and transportation providers,’’ said Shannon Sale, Grady’s chief strategy officer who oversees its community benefit programs.

“While we are happy to see our contribution ranks so high, our intent is more than the numbers. We seek to drive equity and improved quality of life for our patients.’’

The Lown Institute, founded in 1973 by Nobel Peace Prize winner Dr. Bernard Lown, developer of the defibrillator and cardioverter, calls itself “a nonpartisan think tank advocating bold ideas for a just and caring system for health.’’

The Fair Share rankings accompanied Lown’s overall “community benefit’’ ratings for all hospitals (including for-profit facilities). The benefit ranking includes the proportion of a hospital’s patient revenue that is from Medicaid, which covers low-income people and the disabled.

“By cherry-picking categories of community investment while ignoring others, such as researching lifesaving treatments and cures and training and educating the next generation of caregivers, the report overlooks many essential contributions hospitals make to their communities that are critically important, especially during the pandemic,” said Rick Pollack, president and CEO of the hospital association.

Dr. Jonathan Lewin, CEO of Emory Healthcare, said that “while we are proud that the Lown Index reflected our emphasis on serving all members of our community, regardless of their ability to pay, the index explicitly excluded the additional financial contribution that Emory Healthcare makes as an academic medical center through transfers to Emory University to support research, discovery, and education of the next generation of health care providers.’’

Lewin also noted that about 25 percent of Georgia’s physician workforce was educated at Emory.

“This financial academic supportexpenditure has averaged well over $100 million per year over the past five years, in addition to the Lown-measured community benefit commitments and is not a contribution provided by any of the [other] major community health care systems in metro Atlanta.”

The American Hospital Association said that hospitals also have many uncompensated and unreimbursed costs, including absorbing underpayments from Medicaid and some Medicare expenses as “a touchstone of tax exemption,” Becker’s Hospital Review reported.

“America’s hospitals and health systems do more than any other part of the health care field to support vulnerable patients: Our doors are always open, regardless of a patient’s ability to pay,” Pollack said.

But Liz Coyle of the consumer advocacy organization Georgia Watch said Friday that the Lown index “increases transparency into how well hospitals are doing with regard to benefit spending.’’

The Fair Share ranking, she said, “shines a light on whether private nonprofit hospitals are investing the value of their tax exemption in the community and on providing charity care. I’m glad so many Atlanta area hospitals scored well in this regard and hope the two showing deficit spending will step up.’’

A question of priorities

A spokesman for the Lown Institute, Aaron Toleos, said that Georgia hospitals overall “spend a lot on charity care’’ and thus have Fair Share surpluses. He linked that spending to the fact that Georgia has a high rate of uninsured residents. But the charity care spending, Toleos added, appear to come “at the expense of community investment,’’ which he said is low in Georgia.

Wellstar Health System, whose Kennestone hospital was listed with a $24 million surplus, said that its organization invested more than $900 million last year in charity care, unreimbursed care, and community-based programs. “Those investments have focused on providing vital health care needs to uninsured and underinsured patients, as well as programs and community partnerships that address social determinants of health and access to quality care,’’ Wellstar said.

“The Lown Institute study shows interesting results. But its methodology is limited and is only one measure of the importance of charity health care,’’ said Lee Echols, a Northside executive. “Northside provides hundreds of millions of dollars of charity care annually – these numbers rise significantly each year. We’re proud of this commitment. We’re more concerned about providing the needed health care than about how the numbers are crunched.’’

Below is the listing of 10 large hospitals’ “Fair Share” figures from the Lown Institute.