What’s next for Affordable Care Act for those in Georgia who rely on exchanges?

HomeHealth Access ProgramWhat’s next for Affordable Care Act for those...

What’s next for Affordable Care Act for those in Georgia who rely on exchanges? 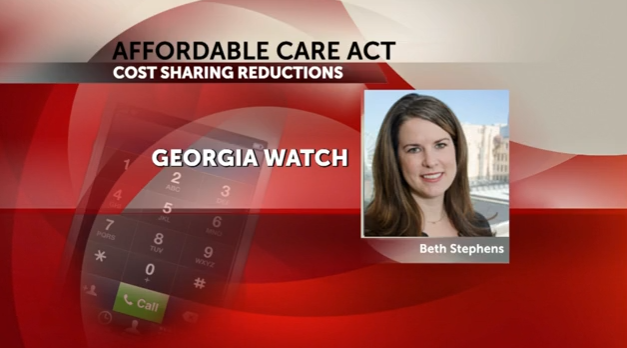 The cost sharing reductions paid to help many afford the cost of medical insurance are part of the latest tug of war over the Affordable Care Act or what’s often referred to as Obamacare.

Congressman Buddy Carter believes President Trump is trying to send Congress a message. “We’ve always said we’re not going to pull the rug out from underneath anyone,” said Carter,
“But I think the president understands and he sees that he’s got to jump start this conversation.”

Critics say what Trump is doing and which is egged on by many republicans in Congress amounts to definitely pulling the rug out from underneath people who rely on the insurance coverage.

Advocates at Georgia Watch says about 278,000 Georgians or 71 percent of all those who buy insurance on the exchanges rely on the cost sharing payments.”So the concern is that the insurers could pull out of the marketplace all together because those companies may find participating on the marketplace is no longer sustainable if they’re not being paid the cost sharing reductions,” says Beth Stephens from Georgia Watch.

Stephens also said insurance companies, reacting to the uncertainty from Washington, have requested rate increases in Georgia of up to 50 percent this year.

Carter says Obamacare was imploding long before now and that it’s “resulted in higher premiums and deductibles and insurance that people can’t afford to use.”

“it’s going to take something significant such as doing away with the cost sharing reductions in order to get this conversation started again,” he said.

Carter believes Congress is being sent a message to try again to repeal and replace. But he does acknowledge that in the meantime that premiums will be higher next year in Georgia especially for those who rely on the exchanges.