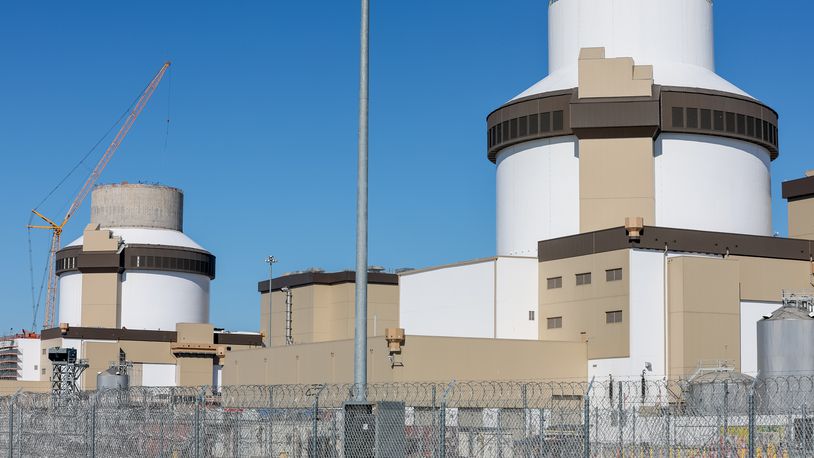 But as the units approach the finish line, rate hikes to cover their cost are likely on the horizon as soon as next year for the company’s 2.7 million customers, along with other major rate increases.

The new Vogtle units, which the company says will produce enough electricity to power 500,000 homes, are more than five years behind schedule and their total price tag has climbed above $30 billion, more than double what was initially forecast.

The company told the five elected members of the Georgia Public Service Commission (PSC) that it added $32 million to its forecast cost needed to complete both units since the last update delivered to the commission in late August. However, Georgia Power said its estimated share of the total capital spending needed to finish the reactors remains in the ballpark of $10 billion.

Georgia Power achieved a major milestone in October, when it loaded 157 nuclear fuel bundles over four days into one of the two new reactors being built near Augusta. On Tuesday, company staff said it continues to anticipate that reactor, Unit 3, will be online by the end of March 2023.

Its twin, Unit 4, is expected to be operational in the fourth quarter of next year. On Wednesday, Georgia Power announced the successful completion of “cold hydro testing” on Unit 4, which the company said ensures the reactor’s cooling systems won’t leak under high pressure.

“We continue to see positive progression of the Unit 3 startup testing as we advance toward commercial operation,” said David McKinney, Georgia Power’s senior vice president of nuclear development. “On Unit 4… we’ve observed an increase in the pace of electrical work completion, which is attributable to the transfer of experienced resources from Unit 3 and the continued incorporation of lessons learned.”

Despite the recent progress, the years of delays will likely mean more steep bill increases for Georgia Power ratepayers, perhaps as soon as next year.

The PSC has already determined that $7.3 billion was spent reasonably by the company to build Vogtle’s new units. Georgia Power has also reserved the right to place an additional $1.9 billion in front of the commission for review, but has not yet done so.

The company has not said exactly how much of its share of Vogtle’s total cost it will seek to recover. But once fuel is loaded into Unit 4, the company could ask the PSC to begin reviewing whether all of those costs were incurred “prudently” and ask to recoup them, potentially through rate increases.

On Tuesday, Georgia Power project oversight director Jeremiah Haswell said fuel is expected to be loaded into Unit 4 in July, which would be the earliest those prudency review hearings could kick off.

If approved by the PSC, all Vogtle costs — plus the tab for coal and natural gas burned at Georgia Power’s plants and a separate 12% rate increase the company is currently asking the commission to greenlight — could add $55 to $60 to the average customer’s monthly bill in the years to come, according to PSC staff estimates.

The PSC is expected to decide on December 20 whether to approve or adjust the nearly 12% rate increase Georgia Power wants to impose on customers over the next three years, which the company says is needed to upgrade transmission infrastructure and fund its transition to more renewable energy sources. If the commission signs off on the company’s current request, customers would see rates jump after January 1.