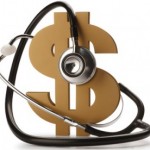 Georgia’s legislative women’s caucus will again crowd the walls of the Senate in protest of a bill poised to strip essential coverage from health insurance, coverage that helps protect Georgia women.

House Bill 47, which was introduced by Representative Matt Ramsey (R-Peachtree City), would allow insurance companies to sell individual health insurance plans in Georgia that don’t include the basic consumer protections and minimum medical benefits that are currently required by Georgia law, as long as the insurance policy is offered in another state.

The bill is expected to be heard on the Senate floor today. A similar measure passed the House in 2010, but was held up in the Senate after concerns were raised about a lack of coverage for key women’s health screenings.

“This is a bill for insurance companies, not consumers, as only the industry will truly benefit,” said Holly Lang, Hospital Accountability Project Director at Georgia Watch, a consumer advocacy organization. “This bill undermines the basic coverage guaranteed to us by previous lawmakers, and leaves our state’s consumers vulnerable to bare bones plans that do not provide essential coverage.”

All states differ in the services and supplies insurance companies must cover for their customers, and many states fall below Georgia in basic protections. For example, Idaho only requires insurance companies to include 13 basic services, and those do not include screenings for colorectal, cervical or ovarian cancer.

“While we applaud the effort to reform the individual health insurance marketplace, which all too often functions poorly for consumers, we are very concerned about the approach taken in this bill,” said Cindy Zeldin, executive director of Georgians for a Healthy Future. “This bill would have the effect of underinsuring Georgia’s health care consumers without adequately addressing our high rates of uninsurance.”

Many states do not, and if those plans were allowed to be sold in Georgia, women’s care could fall to the wayside.

The bill will be heard on the Senate floor this afternoon, April 12.