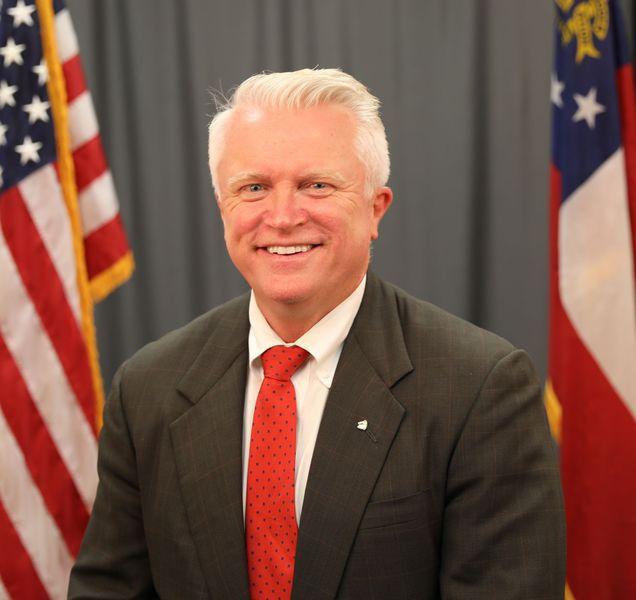 Alice Harris was watching television with her two grandkids when a commercial came on for an auto title loan company.

At that time in May 2017, she was in the thick of a custody battle and out of money to pay her lawyer. Living off of only Social Security and disability checks, the next day, she pawned her car for $2,100.

Three years later, the 60-year-old has paid the company more than $6,000 — with no end in sight on her payments.

“I wasn’t looking at the word ‘pawn,’” Harris said. “I thought you paid your payments faithfully and the loan would come down to zero.”

Payday loans have been illegal in Georgia since 2004, but the state allows pawned items and therefore auto title loans to operate. Other small loan options exist in Georgia, but have a usury cap of no higher than 60% annually under state regulations.

When an individual agrees to an auto title loan, the borrower’s car title is used as collateral against the short-term loan. If they default on the loan, they can lose the car to the lender.

Legislation seeks to put an interest rate cap on collateralized vehicles at 36% annually. The bill would also set stricter terms for refinancing and how much a lender could collect — bringing title loans closer to compliance with small-loan industry standards.

Sen. Randy Robertson, R-Cataula, who introduced the legislation, said this summer he was contacted by a constituent in Columbus who discovered her elderly stepfather had pawned his car for money for groceries and utilities. The interest rate on the loan was 176%.

“The more I drilled down into this business, I realized that there were some that interest rates were on average around 22% a month, and some as high as 300% of the year, and tried to find out who regulated this industry and found out they were not regulated in Georgia,” he said. “I felt the best way to solve this problem while at the same time, making sure that our citizens were protected from types of loans that could be described as predatory or types of loans that take advantage of those less fortunate, would be to regulate those loans, the same way we do the small loan companies.”

“Title lenders cluster in areas that are lower income where there’s a high poverty rate,” she said.

The nonprofit consumer advocacy group has worked with Robertson on crafting the legislation.

Robertson said as a police officer, he’s spent a lot time in communities where he can see the negative results of “predatory” title loans.

“People say ‘you’re a conservative and you want more government regulation?'” he said. “But I hope this will have a greater impact than what’s just written in the bill.”

The proposed interest rate cap falls in line with recently established rules from the federal Department of Defense under the Military Lending Act that caps interest rates at 36% for all payday loans for active military members.

The Attorney General’s office alleged the company sued customers who defaulted on their loans for outstanding principal, interest and fees. The company also allegedly threatened customers with arrest warrants — which it does not have the authority to issue.

“Consumers who seek out title pawns may already be in financial straits,” Attorney General Chris Carr said in a statement. “Our office is committed to protecting vulnerable consumers from companies that try to take advantage of them through illegal actions.”

As part of a fellowship program with Georgia State University, Georgia Watch mapped title loan locations and poverty levels and found that more than 74.4% of title pawn lenders operate in areas with poverty rates above the national average.

The advocacy group also estimated that the 755 title lenders open in Georgia in 2018 together collected nearly $200 million in interest.

“The majority of Georgians really do feel that there needs to be some greater protection around these products,” Haynes said. “And I think it’s highly important that you know legislators really listen to the voices of Georgians on this particular issue and establish action.”

Robertson said the word “pawn” is misleading to customers — at the end of the day, it’s a loan.

A fiscal note from the Department of Audits and Accounts to Robertson said that because of the new duties of the Department of Banking and Finance to license and regulate title lenders, the bill would cost the state up to $236,000 in additional annual costs for three employees. The state estimates a cost of $129,000 in one-time spending.

The charge on lenders for licensing fees has not yet been decided, so the state was unable to offer a potential revenue estimate.

She said she went into the situation “totally blind” and thought for a long time it was a trap she had stumbled into by her own fault. But slowly, she has come to realize, she was misinformed.