Born with half a heart; Georgia child’s healthcare in limbo as hospital, insurer negotiate

HomeHealthcareBorn with half a heart; Georgia child’s...

Born with half a heart; Georgia child’s healthcare in limbo as hospital, insurer negotiate 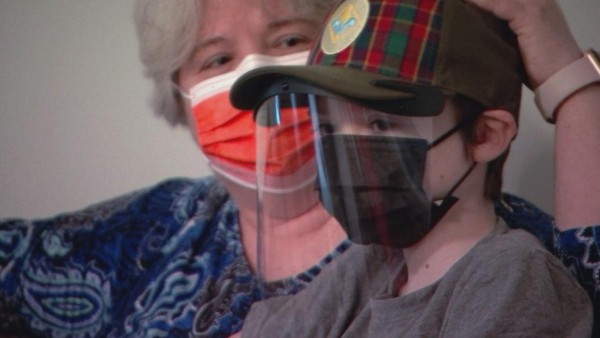 If they don’t, hundreds of thousands of Georgians will be forced to look for new healthcare starting Jan. 1 or forced to pay large out-of-pocket bills.

While contract disputes are not new, as CBS46 investigative reporter Rachel Polansky uncovers, they’ve become a lot more common and are impacting the accessibility of your healthcare.

Behind the mask and the shield is a little kid named Mason, with a really big heart. Next to him is his supportive and caring mother, Tonya.

Mason was born with a congenital heart defect called ‘Hyperplastic Left Heart Syndrome’ or HLHS. Essentially, he has half a heart.

“I don’t really see it as a big deal,” Mason said.

The 10-year-old relies on the doctors at Northside Forsyth.

“Mason has a severely small left ventricle that would not sustain life for him, so he’s had to have a series of heart surgeries,” Lang said.

That’s why Lang was outraged when she found out her insurance company and her hospital system couldn’t see eye to eye when it came to his care.

“Northside told me as of December 31st, they would be out of network and would no longer be taking the insurance,” Lang said.

The Lang’s are part of the 400,000 Georgians who will have to find new providers if Northside Hospital Systems and Anthem Blue Cross Blue Shield do not come to an agreement by the end of the month.

Now, there’s a lot of finger pointing going on. Here are statements CBS46 received from both sides regarding the dispute.

“Northside Hospital has enjoyed a successful partnership with Anthem Blue Cross Blue Shield for more than 30 years. Despite this long-standing relationship, Anthem notified us of its intent to terminate their agreements with the entire Northside Hospital System, effective December 31, 2021. This decision surprised Northside – our agreements with Anthem were not up for renewal and were not set to expire. Nearly 400,000 Northside patients could be affected by this unplanned termination. Anthem’s threat also is muddying the open enrollment period, as patients are deciding on health care coverage for their families for the coming year. Northside has called tens of thousands of patients, making them aware of Anthem’s intentions and providing guidance in their decision-making.” -Lee Echols, vice president, Northside Hospital

“In the metro-Atlanta area, healthcare costs are escalating rapidly. Northside is one of the most expensive systems in Georgia, and the current contract doesn’t adequately align incentives to improve quality and affordability for our members. That’s why we notified officials at Northside that we intend to reach a new agreement by the end of this year so we can keep its facilities and physicians in our network. We know that by working together we can ensure higher quality and better health outcomes for our members.” -Anthem Blue Cross Blue Shield

Coyle said we’re seeing contract disagreements like this nationwide. And she blames it on two things:

2) Inadequate network standards. That’s when your insurance plan doesn’t give you enough access to trusted providers in your area.

Coyle goes as far as saying that just like surprise billing, this is the next big issue in the healthcare debate and the only way to fix it is the same way we fixed that: through legislation.

“Something like that needs to happen in this case,” Coyle said. “That disagreement should not leave 400,000 without access to a trusted provider or having to travel long distance to get in-network care.”

Care, that for those like Mason Lang, can mean life or death.

“Shame on them for putting people in this situation,” Lang said. “To think that they’re throwing people’s lives up in the air over dollars, it infuriates me to no end.”

The deadline for Northside Hospital System and Anthem Blue Cross Blue Shield to come to an agreement is Dec. 31.  A recent contract dispute between Blue Cross Blue Shield and an Oklahoma hospital system came down to the wire and they did reach an agreement in the 11th hour. So, there is hope that could happen here. Meanwhile, hundreds of thousands of Georgians’ are in limbo.