Georgia Watch, AARP, the Georgia Retail Association (GRA), the Georgia Retired Educators Association (GREA), and others are holding a rally today on the steps of the state capitol at 10:30 a.m. to highlight consumer concerns over Georgia Power Co.’s $1 billion rate request, scheduled to take effect Jan. 1, 2011.

Georgia Power is an investor-owned utility that serves 2.35 million customers in all but four of Georgia’s 159 counties.  The proposed increase, which must be approved by the Georgia Public Service Commission, includes funding for system improvements and an additional $84 million per year in profits for the utility.

“At a time when Georgia’s families and businesses are struggling to keep their heads above water this is yet another example of big business asking the government’s permission to dig deeper into the pockets of average hard working Georgians,” said Georgia Watch executive director and former Public Service Commissioner, Angela Speir Phelps. “It’s excessive and disregards the status of our economy and the struggles people are facing right now.” 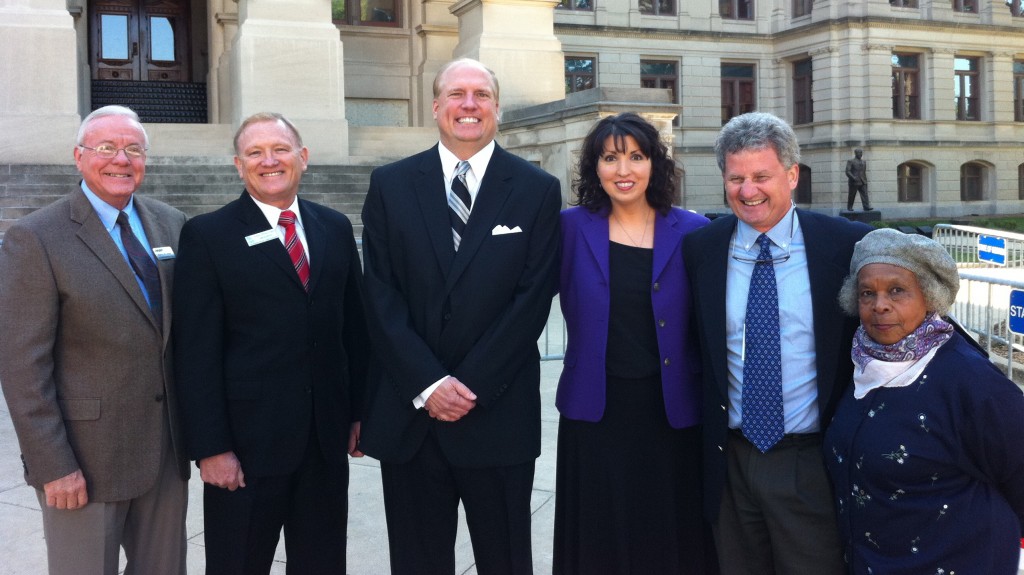 “The Georgia Public Service Commission has held hearings around the state, and the verdict is unanimous,” said Barry Reid a member of AARP Georgia’s executive council.  “It’s the wrong time for a billion rate increase and it’s the wrong time to give Georgia Power the ability to raise rates with less scrutiny from the PSC.”

The request would add $10.88 a month to the typical customer’s bill in January, to be followed by increases of $5.83 and $1.42 in 2012 and 2013, respectively. Those rate hikes are in addition to a new increase to pre-pay for nuclear plant construction and a $5.59 hike to cover increased fuel costs. If the latest increase is approved by the PSC, average electric bills by 2013 will go up by more than $400 per year.

“There are now more dark store fronts across Georgia than in any time in memory,” said president of the Georgia Retail Association, John Heavener. “The fact that Georgia Power can have their margins assured should be cause enough for them to celebrate, but to ask for increases at a time when retail and other businesses are struggling to keep their doors open is unjustifiable and unconscionable.”

The Georgia Public Service Commission is reviewing the request and will decide by Dec. 21 how much Georgia Power will be allowed to raise rates. The five-member commission has been soliciting comments from customers throughout the state since August. At packed hearings in Rome, Savannah and Macon, no one has supported the increase request.