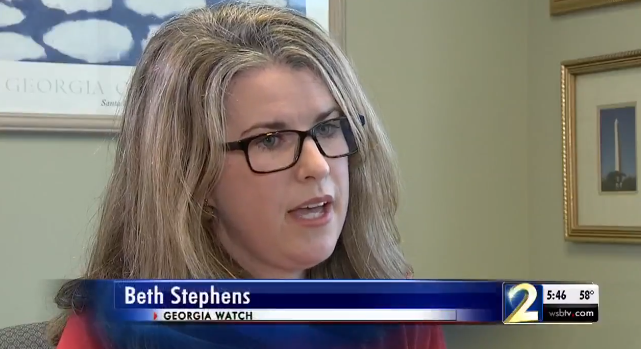 Car insurance rates in Georgia keep going up. In 2016, it led the nation in rate increases. One of the reasons: serious wrecks.

“The state really needs to invest in figuring out why there are so many accidents and why they are increasing at such a rapid rate,” national insurance expert Robert Hartwig told Channel 2 Action News.

According to the Georgia Department of Transportation, an average of four people die on Georgia roads every day.

“They’ve been increasing faster in Georgia than almost any other state in the country. That has nothing to do with auto insurers, and it has everything to do with the fact that there are problems on the roadways of Georgia,” Hartwig said.

[Car insurance secrets: Rates tied to much more than your driving record]

Some drivers said it is time lawmakers do something to curb accidents and insurance hikes.

“They don’t seem to care about insurance or infrastructure, or those kinds of things that are important to their constituents,” driver Diane Harris said.

She said she has had to change insurance companies several times.

[Auto insurance: How to shop for a new policy]

In 2008, state lawmakers voted overwhelmingly to give up state control over most rate hikes. Instead, insurance companies can decide on their own how big their rate hikes should be, without approval from the Georgia insurance commissioner.

Tim Ryles held the post in the 1990s, before the rules changed. We asked how many rate hikes he approved.

“None were approved. Period. For four years,” Ryles said.  “My position was that the insurance companies that had their way with the Georgia consumers up to that point in time and it was about time that the consumers kind of got back at them.”

Last year, Allstate announced a 25 percent rate hike. Insurance Commissioner Ralph Hudgens admitted that because of state law he could not stop the company from doing it. The State Commissioner’s Office still sent the rate hike to an outside actuarial firm for examination.

A spokesman for Hudgens, Glenn Allen, said the outside company confirmed the rate was justified. Allen says the state still asked Allstate to lower the rate, but the hike went into effect as planned. A spokesman for Allstate says the company currently has no need to take additional rate hikes in Georgia.

Hudgens is not running for re-election. Other candidates have indicated the law needs to be changed.

For now, while Georgia does not give drivers the choice of having car insurance, experts said it is up to the driver to find the best deal.