Car insurance secrets: Rates tied to much more than your driving record

Car insurance secrets: Rates tied to much more than your driving record 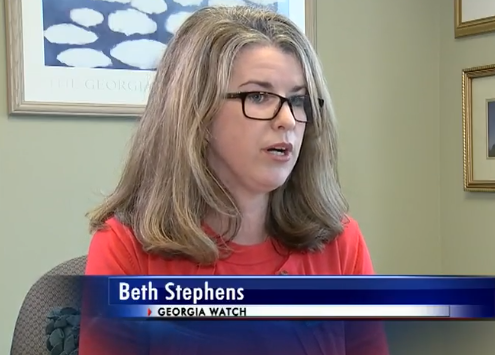 But a Channel 2 Action News investigation shows some of us are hit harder than others.

Channel 2’s Sophia Choi learned your marital status, age, zip code and credit score all play a part in how much you pay for your car insurance.

“Insurance companies are in the moral judgment business. That’s what they do. They make judgments about your character every day,” former Georgia Insurance Commissioner Tim Ryles said.

A 2016 study by the Consumer Federation of America selected several cities to compare insurance rates. Atlanta was included. The study took four people of varying incomes and education levels and placed them in the same house.

The outcome: Atlanta residents who made less money were charged 92 percent more.

“That’s about $862 a year more for auto insurance than consumers of higher socioeconomic status,” said Beth Stephens, of Georgia Watch. “That’s $862 that consumers could use to buy groceries or make auto repairs or pay for daycare or pay for medical expenses. So, for a lower income family, $862 difference is really significant.”

Drivers also told Channel 2 Action News they do not like insurance companies using their credit scores to decide what they pay for car insurance.

However, insurance companies say there is a direct correlation between lower credit scores and higher claims.

“Insurers don’t look at income. What insurers look at is risk and risk only,” risk management expert Robert Hartwig said.

“Does my credit score make me look the other way and not see the light change and enter an intersection and cause an accident? My credit score doesn’t tell me to do that.  I don’t think it tells anybody else to do that,” Ryles said.

In 2015, Consumer Reports found a Georgian with poor credit would pay more for car insurance than someone with excellent credit but with a DUI. The difference: $282, or 13 percent more.

“That’s pretty unfair because it’s like, maybe they should inform us on why they’re raising the rates, what particular reason there is to raise it,” Solomon said.

Stephens says that is a good idea.

“What we don’t have in Georgia is a lot of transparency around how auto insurance rates are set,” Stephens said.

Most states do allow insurance companies to consider credit scores when setting rates. Only three states ban the practice: California, Hawaii and Massachusetts.