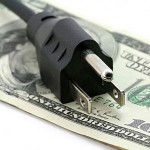 His testimony also included a recommendation that the Commission adopt a standard included in the Energy Independence and Security Act of 2007, which provides that, with respect to long-term planning, each electric utility must “adopt policies establishing cost-effective energy efficiency as a priority resource.”

From 1993-2000, Hakes was the presidentially-appointed Administrator of the Energy Information Administration, the independent statistical and analytical branch of the U.S. Department of Energy. In 2008, Hakes’ book, “A Declaration of Energy Independence,” which identifies strategies for improving national security, the economy, and the environment, was published by John Wiley & Sons.

The PSC will render a decision in the IRP proceeding at its regularly scheduled Administrative Session on July 6, 2010.

AGL rate case – On May 3rd, Atlanta Gas Light Company (AGL) filed a request for a $54 million dollar rate increase with the PSC. Georgia Watch plans to intervene in this case, so that it may fully participate in the hearings, which will be held in August, September and October of this year.

AGL is a “pipes only” natural gas distribution company which serves more than 1.5 million customers throughout Georgia. Natural gas marketers approved to operate in the state include AGL’s “base charges” on the bills the marketers issue to their customers. AGL’s request, if approved, would increase the typical residential customer’s natural gas bill by approximately three percent annually (approximately $3 dollars per month).

Hired earlier this year, Clare is Georgia Watch’s senior counsel on rate cases before the Public Service Commission. She is a former PSC staff attorney and has spent nearly two decades working on consumer issues. Clare’s presence
at rate case hearings will undoubtedly mean more transparency and accountability at the commission.