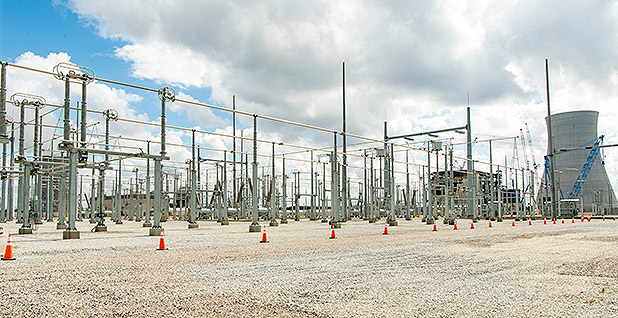 A consumer group is taking Georgia utility regulators to court over a decision to greenlight Georgia Power Co.’s nuclear expansion project, which is years behind schedule and billions of dollars over budget.

Georgia Watch is appealing the Georgia Public Service Commission’s vote that approved the utility’s request to finish the two reactors but did so under new financial conditions. The PSC last month denied the group’s request to reconsider its decision, opening up the avenue to appeal in court.

The lawsuit, filed in Fulton County Superior Court, is the second of two challenging the commission’s decision. A PSC spokesman did not comment on the suit other than to say the attorney general’s office would be representing the agency.

Georgia Watch has brought in a lawyer with significant name recognition and one who has already challenged Georgia Power and Plant Vogtle in court: former Georgia Gov. Roy Barnes (D). Barnes’ law firm is representing customers who are challenging Georgia Power’s collection of sales taxes on top of a monthly financing fee for Vogtle; the case is in the state Supreme Court.

Spokesman and longtime PSC employee Bill Edge also said he could not recall any major PSC decision that has been appealed to court in recent years, which is a clear indicator that it rarely happens.

The vote to move Vogtle’s reactors forward was arguably the biggest decision the PSC faced in decades. In doing so, the commission supported Georgia Power’s arguments that putting two emission-free baseload reactors on the power grid would be worth the cost over the long term.

It is not the only reason why the nuclear project has had a high profile.

Plant Vogtle and a similar project in South Carolina received nationwide attention roughly 10 years ago when they became the first nuclear reactors to be built from scratch in the United States in nearly three decades.

The pushback in Georgia against Vogtle and the PSC is growing. The lawsuits and a bill that would end a controversial financial law for nuclear power plants are two examples.

Georgia Watch challenges a wide range of PSC actions in its lawsuit. It claims that the changes to Vogtle’s cost and schedule were so great that the panel should have required Georgia Power to file an updated long-term energy plan and that regulators violated policy by discussing a settlement with the utility behind closed doors after routine hearings had finished.

“Because the decision about whether to continue the project was explicitly raised for determination in light of the drastically changed circumstances, the commission was required to give Georgia Power’s request the same level of attention and scrutiny as when it first authorized the project almost 10 years ago,” the suit says.

Georgia Watch has asked for an oral argument, for the court to take evidence of “unlawful” communications that took place outside the normal proceedings and to reverse the PSC’s decision, among other things.