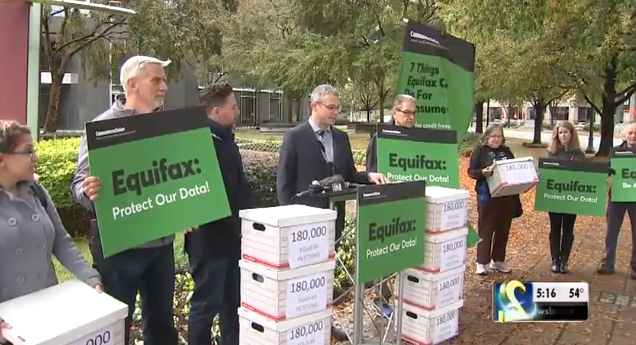 Consumers Union gathered outside the corporate headquarters of Equifax to deliver 180,000 petition signatures, calling on the company to step up its efforts to help people impacted by its massive data breach.

Eight weeks after Equifax officials announced that hackers had gained access to the personal information of more than 140 million U.S. consumers, Consumers Union said the company is not doing nearly enough to help consumers protect their data.

In its petition to Equifax, Consumers Union is requesting the company take seven specific steps:

A spokesperson for Equifax said they met with the organization’s leader, was productive, listened to their concerns, shared what remedies they’re taking and promised to keep an open dialogue in the future.
Copyright © 2017 WSB-TV