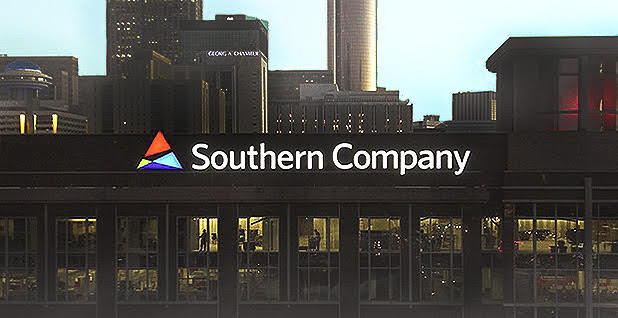 Southern Co. warned yesterday that the economic fallout from an ongoing pandemic could have long-lasting effects on the company’s supply chains and capital markets, and possibly disrupt construction of the nation’s lone nuclear project in Georgia.

The Atlanta-based energy giant said in a premarket filing that the novel coronavirus outbreak could affect Southern and its electric and gas companies.

Especially vulnerable, Southern said, is Plant Vogtle, the first set of reactors to be built from scratch in nearly three decades. The project already has been plagued by a series of delays and cost increases stemming from vendor problems and contractor changes.

“The company and its subsidiaries are subject to risks related to the outbreak of the novel coronavirus including, but not limited to, disruption to the construction of Plant Vogtle Units 3 and 4,” Southern said in an 8-K filing with the U.S. Securities and Exchange Commission.

Those risks include delays to testing and supervisory and support activities at both reactors, according to the filling.

Officials from Southern’s nuclear unit told the Georgia Public Service Commission in routine filings yesterday they are planning for a variety of situations to keep construction going even if there is a “substantial workforce reduction” on site.

That could mean planning for a temporary suspension of all construction activities on site if necessary, Southern Nuclear CEO Stephen Kuczynski, said in written testimony filed yesterday.

Roughly 50 workers have been tested for the coronavirus after showing symptoms of the disease.

Southern Nuclear also sent home more than 110 workers who were in proximity with the ones who have been tested. They must isolate for 14 days unless a worker’s test is negative, allowing them to return to the site.

Southern Nuclear is taking steps to keep construction moving while keeping workers apart, but there are 9,000 people on site, with some in confined spaces. Even with those measures, officials said that high absenteeism, being able to keep workers on site, restrictions, and interference on the supply chain from outside vendors and contractors could all affect the project’s progress.

“Each of these risks alone could have significant impacts to the project cost and schedule,” the testimony said. In a subsequent document, Georgia Power officials said they would not project what that ultimate cost and schedule could be.

Southern’s morning note was the latest in a series of alerts from utilities to shareholders about COVID-19’s potential effect on business operations as uncertainty over the virus continues to ravage the U.S. and global economy. Electric companies have reported unprecedented shifts in energy demand and face temporary revenue losses by waiving late fees and disbanding disconnections for people who can’t pay their bills.

Many have lined up billions of dollars in cash and credit because of possible strains in the short-term debt market.

The coronavirus outbreak has put Vogtle at the center of a public health and economic storm. The multibillion-dollar project relies on getting a host of products and commodities from a wide range of contractors and vendors, which means Southern needs access to the capital markets as well as a healthy workforce and supply chain to finish the reactors on time.

Even with much of the parts and components being on site now, COVID-19 threatens all of that for an unknown period.

Slow productivity dogged the project for years but improved once Southern Nuclear and Georgia Power took over in 2017. Still, whether it can be finished on time hinges on how quickly workers can finish each individual task.

The reactors are scheduled to start producing electricity in November 2021 and 2022. The first reactor already has begun shifting away from construction and into key testing phases, and developers hope to load nuclear fuel rods by November.

“Coronavirus is impacting a lot. Unless you’re Zoom or Amazon or some of the grocery store chains, I think you’re going to be impacted by it,” said state PSC Chairman Chuck Eaton, referring to the remote conferencing company that has surged in popularity as millions of Americans are now isolating at home.

Eaton said he talks to Georgia Power at least every other day about its operations at Vogtle and elsewhere.

“They are very focused on keeping existing operations going. What do you do if it breaks out at one of the plants?” he said. “It’s all hands on deck right now.”

Liz Coyle, executive director of Georgia Watch, said everyone’s first concern is for the health and safety of the workers at the plant. But there is a secondary issue: What does this mean for the project’s cost and schedule, which are already under pressure?

“We would expect that company to report, as part of the current [cost-and-schedule] proceeding, a fair prediction on what this likely is going to mean on increases to the budget and delays to the project completion,” she said.