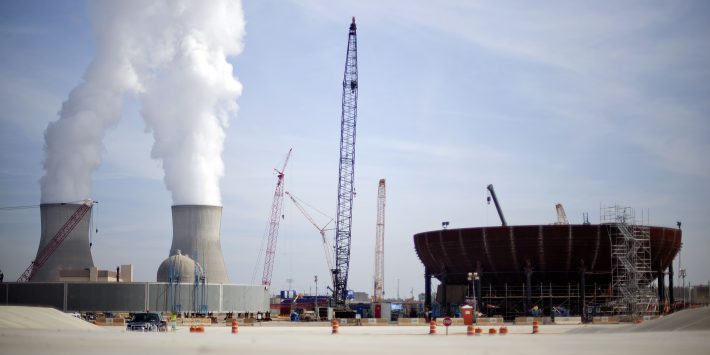 Completing the only nuclear construction project in the country will cost an additional $1.1 billion. The expansion at Plant Vogtle, south of Augusta, is already years late and billions over budget.

Southern Company says it wants to have two new nuclear reactors at the plant up and running by November 2021 and 2022, completion dates that are already years behind initial projections.

“We recognize that a nuclear construction project can continue to experience challenges and that unanticipated events may require further revision to the forecast and project schedule to get to completion,” said Southern Company CEO Tom Fanning.

Southern Company subsidiary Georgia Power is overseeing construction of two new nuclear reactors at the facility. It took over after the former contractor, Westinghouse, filed for bankruptcy last year.

For now, the company officials say they’ll pass those costs onto investors, not customers as they’ve done in the past.

Charles Fishman is an analyst with Morningstar. He says investors shouldn’t be too worried.

“Southern is a huge company and the other important thing is that the other businesses of Southern besides Vogtle are doing very well,” he said.

Consumer advocate Liz Coyle, with Georgia Watch, worries the utility will eventually find a way to pass those costs onto customers.

“Everybody paying their power bill in Georgia is going to be paying more for these construction of these two units,” she said.

She also points out that Georgia Power isn’t the only partner on the Vogtle project. Oglethorpe Power, the Municipal Electric Authority of Georgia, and Dalton Utilities also have ownership stakes.

Vogtle became the only nuclear expansion project in the country last year after plans for new reactors in South Carolina were scrapped.