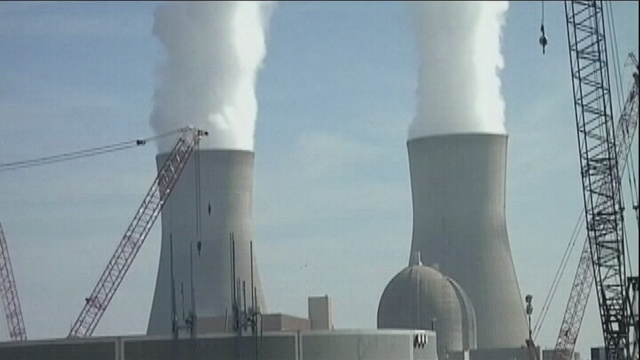 UPDATE for Wednesday, Sept. 26: All four of the Vogtle co-owners (Georgia Power, MEAG Power, Dalton Utilities and Oglethorpe Power) have agreed to extend Tuesday’s 11:30 p.m. voting deadline to Wednesday at 5 p.m. in order to finalize details of an agreement among the co-owners and seek necessary approvals.

With three of the four major partners voting to continue the controversial Plant Vogtle project, the last partner, Oglethorpe Power Corporation (OPC) has until five p.m. today to make its official position known.  Monday, OPC issued what it termed a “conditional” vote of support saying it wanted a number of cost-control options, including a cap on the current project budget.

MEAG (Municipal Electric Authority of Georgia) voted to continue construction along with the city of Dalton.  Georgia Power had voted previously to keep building as well.

In a press release issued late Monday evening, Georgia Power said a “no” vote by Oglethorpe Power would force the Vogtle project to be canceled.

“We hope Oglethorpe Power joins us in doing what is best for Georgia’s citizens and votes (Tuesday) to fulfill its obligation to complete this project which is critical to Georgia’s energy future,” said Paul Bowers, president and CEO of Georgia Power.

The reason for the vote:

In late 2017, Georgia Power took over the role of completing the project to build two new nuclear reactors at the Burke County site.  As part of that, a new agreement among the four partners was drawn up and that stipulated that if project costs increased that partners (holding a 90 percent share of the cost) would all have to agree to the new budget.  Last month, Georgia Power announced that construction costs on the new reactors had increased another $2.3 Billion which triggered the stipulation and the vote of the partners.

Considering the 90 percent agreement option, either MEAG or Oglethorpe could stop the project.  Again, MEAG has voted to continue.

Oglethorpe Power Company said since the project began that partners have faced “an ongoing series of cost increases.”  OPC says its share has increased from an initial estimate of $4.2 billion to approximately $7.25 billion.

OPC leadership said it was attempting to hold Southern Company accountable for the newly revised budget and protect its own rural electric customers.  “Capping our costs, and by extension, the costs borne by our EMC members, is a reasonable request and a prudent business decision that would allow the project to move forward,” said Mike Smith, CEO of Oglethorpe Power.

The group called on customers to let elected leaders know they want the project stopped unless there is a cap cost.

Monday, the Southern Alliance for Clean Energy (SACE) expressed disappointment at MEAG’s vote to move forward saying the project is “uneconomic to continue.”

“Many risks remain that could further derail the project,” said Sara Barczak with SACE.

Barczak called on Oglethorpe Power officials to closely examine the right course for their customers.