Ex-mayor Kasim Reed doles out $500k in bonuses, gifts on way out

HomeIn the NewsEx-mayor Kasim Reed doles out $500k in...

Ex-mayor Kasim Reed doles out $500k in bonuses, gifts on way out 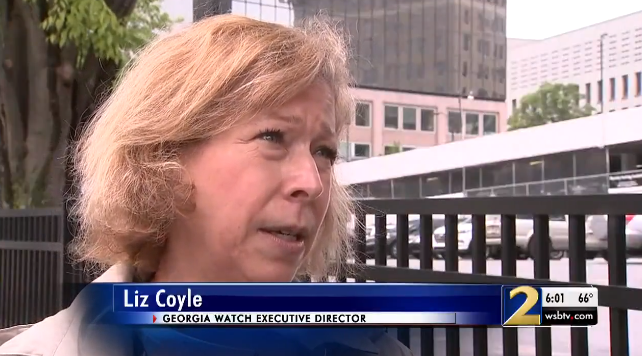 Just days before former Mayor Kasim Reed left office, his administration showered select city employees with more than $518,000 in bonuses, and gifts that were presented during an “executive holiday party” at City Hall.

During his last days in power, Reed awarded at least $350,000 in bonuses to his senior staff; ordered $42,500 in checks to the eight members of his security detail; gave away $36,000 by drawing names out of a hat during a holiday party raffle in December; and awarded $31,000 to lip sync and ugly sweater contest winners, also at the party.

But none of the holiday giving came out of Reed’s wallet — it all belonged to city taxpayers.

And that’s not the full extent of the spending.

Former human resources commissioner Yvonne Yancy handed out an additional $57,500 in bonuses to 11 members of her staff just days before she left City Hall for the private sector, on Dec. 31.

In response to questions from the AJC, Reed issued a three-paragraph statement.

“Rewarding employees for service and performance is not new and has been common practice in the City of Atlanta,” says the statement, issued through Reed’s spokesman. “These bonuses were appropriate and Mayor Reed believes that the individuals who received the bonuses were worthy of them based upon their contributions to the City of Atlanta’s unprecedented growth and fiscal stability.”

“It just reminded me of someone having money and throwing it in the air and letting everybody catch it,” Moore said. “It’s just unconscionable. Let’s just make it clear: It’s not legal to do this. Just make it point-blank clear. He had absolutely, positively no authority to issue any of that to anybody under any circumstance.

“The mayor can only do what is authorized by the council. He did not go through the proper channels.”

Moore pointed to a city ordinance that prohibits increasing “the salaries or other remuneration in any form of any officer or employee of the city during the fiscal year, except by ordinance” approved by the City Council.

Mayor Keisha Lance Bottoms, whose campaign was endorsed by Reed, did not respond to the AJC’s questions about the appropriateness of using taxpayer money for contests and raffles. She also declined to respond when asked if the bonuses were appropriate and whether she would award them at the end of the year.

“Decisions around the bonuses were made without input from the current administration,” the statement says. “However, Mayor Bottoms will continue to carefully evaluate best practices, prioritizing ways in which City business can be conducted in a transparent and responsible manner.”

‘A bunch of questions here’

The city’s code stipulates several circumstances under which employees may receive bonuses.

Police officers can receive retention bonuses of $3,000 after 5 years of service. Some employees can receive 2-percent bonuses for being bilingual or by earning a special certification. The city also provides longevity bonuses up to $750 for employees who have been with the city for 25 years or more.

City ordinances do not appear to authorize payments or bonuses of arbitrary amounts for unspecified reasons.

“There are a bunch of questions here,” said Councilman Howard Shook, who chairs the City Council’s Finance/Executive Committee. “I couldn’t think of a worse time to dole out bonuses of this nature from a political perspective. Everything is so unsettled. Morale is so low. Everyone is waiting for the next piece of bad news.

“Obviously, we are all now going to contemplate what guardrails need to be put around this process.”

The Georgia State Constitution’s gratuities clause prohibits public agencies from granting donations, gratuities and “extra compensation to any public officer, agent, or contractor after the service has been rendered or the contract entered into.”

An unofficial opinion from the Georgia Attorney General in 2002 dealt with whether public hospital authorities could offer prospective employees signing bonuses. It said they could “if the authority receives a substantial benefit in exchange for the signing bonus.”

Georgia State Rep. Chuck Martin, a Republican, and chairman of the state house’s Budget and Fiscal Affairs Oversight Committee, said the gratuities clause generally prohibits taxpayer money from being spent without taxpayers receiving something in return.

“If those types of bonuses hadn’t been done previously, it would seem to me to call into question the reason for them here,” said Martin, a former Mayor of Alpharetta. “If I was a taxpayer in Atlanta, I would certainly wonder: Wouldn’t that half-a-million dollars been better spent recruiting people to work for me in 2018 and beyond?”

Reed did not address the AJC’s questions about whether metrics were used to determine the amounts of bonuses; nor did he say what the city would receive in return for giving the bonuses.

A spokeswoman for Attorney General Chris Carr did not respond to an email about whether the gratuities clause applied to the City of Atlanta’s recent bonuses. Shook said he couldn’t recall similar payouts during his 16 years on the City Council.

Reed’s last-minute spending raises yet more questions about the former mayor’s penchant for running up large bills at taxpayer expense.

The Atlanta Journal-Constitution and Channel 2 Action News reported last month that Reed made nearly $300,000 in charges to his city-issued credit card during his last three years in office, with more than half of that coming in 2017. Those charges included five-star hotels, chauffeured luxury car service, expensive business-class airfare and more than $20,000 in restaurant bills.

After the AJC/Channel 2 story, the U.S. Attorney’s Office issued a subpoena asking the city to turn over his credit card statements and other documents as part of its ongoing investigation into City Hall corruption.

Mike Koblentz, chairman of the Northwest Community Alliance, said the bonuses awarded by Reed should trigger an intensive audit of city operations, beyond the regularly scheduled reviews conducted by the city.

Koblentz said he did not support Bottoms in the mayor’s race, but he has become a supporter of hers since she took office. He said Bottoms needs to call out the raises for what they are.

“I think she understands she needs to make a complete separation from the last administration,” Koblentz said. “When you find out about this you need to be tougher and say this is unacceptable.”

Liz Coyle, executive director of Georgia Watch, said the city may need to reevaluate their policies about bonuses and holiday gifts, if this kind of spending is allowable.

“People work really hard to pay their tax bills, and we expect it to go for city services, and we still got a lot of potholes in the city, we got a lot of needs in terms of infrastructure,” Coyle said. “They (taxpayers) want to make sure that dollars are invested in a way that moves the mission forward for the organization.”

The bonuses didn’t sit well with Atlanta police Lt. Steve Zygaj, the president of the local police union. Zygaj was outraged by the executive bonuses after Reed told officers for years there wasn’t enough money in the budget to give them to police officers, or to boost starting salaries for beat cops. The department is “hemorrhaging officers left and right,” Zygaj said.

“Don’t lie to us and say there’s no money when there’s bonuses for a lip sync contest,” Zygaj said. “Give me a break.”

Reed’s statement did not address the AJC’s question about the appropriateness of giving away tax dollars to holiday contest winners.

Rank-and-file employees see these bonuses as a slap in the face, said Ken Allen, a former police union president and cop who retired from APD after 30 years.

Allen, who now works full-time for the union, said his organization approached Jim Beard, the city’s chief financial officer, with a plan to provide $500 bonuses to beat cops who go a full year without a patrol car accident.

Allen said he figures the bonuses would cost the city $500,000 if every cop who responds to emergency calls drove without incident for a year. But that would save millions in liabilities. Allen said Beard told the union there was no money in the budget for a safe-driving bonus system.

Beard received a $15,000 bonus from Reed, and processed payments to some 34 prize winners at the December holiday luncheon, according to city records.

At the end of Mayor Reed’s term, the City of Atlanta was on its best financial footing in 40 years. Atlantans benefited from eight consecutive balanced budgets, zero property tax increases, zero water rate increases, nine consecutive credit-rating increases, more than $200 million in cash reserves and a 37 percent reduction in crime.

As a result, Mayor Reed awarded performance bonuses to members of his Cabinet and senior team — who all played a significant role in contributing to this record of achievement.

These bonuses were appropriate and Mayor Reed believes that the individuals who received the bonuses were worthy of them based upon their contributions to the City of Atlanta’s unprecedented growth and fiscal stability. — Jeff Dickerson, Reed spokesman

The AJC’s aggressive coverage of City Hall includes previous reporting on former Mayor Kasim Reed’s use of a city-issued credit card that resulted in Reed refunding taxpayers $12,000.
The AJC has also reported on Reed’s bid to use unclaimed salary to cover $40,000 in luxury airfare. At Reed’s direction, City Council donated the money to a dormant nonprofit, which then returned the money to cover the travel expenses.