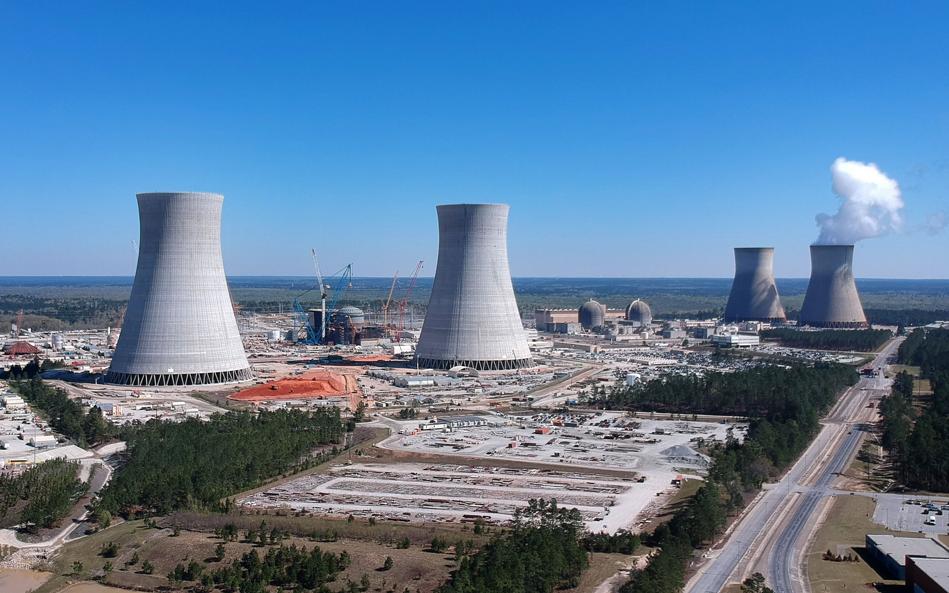 Perry was joined by Governor Brian Kemp and Secretary of Agriculture and former Georgia Gov. Sonny Perdue for the announcement. They also witnessed the “tuopping out” of the containment vessel for one of the new reactors. That’s the building that actually holds the nuclear reactor.

The plant, in Waynesboro, is the only one under construction in the country, and would be the first new one in more than 30 years. With $8.3 billion in loans already guaranteed by the Obama administration in 2011, this brings Vogtle’s total federal support to $12 billion.

The expansion of Plant Vogtle with nuclear reactors 3 and 4 has had a delayed and expensive history. Both units were already supposed to be on the grid by now, and the project’s current budget is double the original estimate, at more than $25 billion, split between four owners, the largest being Georgia Power.

Secretary Perry touted his strong support for nuclear energy as part of an “all of the above energy strategy” of the administration before a crowd of Vogtle employees: “Ladies and gentleman look around you, this is the real new green deal. That’s what we’re looking at folks. This is America. This is what we can do together.”

“If you want clean energy that helps our environment, there is no cleaner source than nuclear energy. This is it,” he said, calling nuclear and coal the only two sources of energy “that are on site and uninterruptable.”

“This is about independence. About freedom. About the clean new energy era that America is pursuing,” he said. “If you want true energy security for this nation, more energy security, more economic security, if you want more national security, there is no reason not to include nuclear energy to the fullest extent possible in our energy mix.”

But critics in Georgia ask: at what cost do those benefits come?

Building nuclear power plants is expensive. There used to be other plants applying for these loan guarantees, but all have been stopped due to cost. Vogtle is the last man standing.

Liz Coyle is executive director of Georgia Watch, a consumer advocacy group: “They’re basically throwing a lifeline to an industry that’s dying all across the country. I mean not only is there nobody else building nuclear around the country but all across the states we’re seeing other nuclear facilities being closed because again they’re just not economic to keep operating. There are so many better, cleaner, cheaper options available.”

She pointed out that Georgia Power ratepayers have been paying for Plant Vogtle financing costs since 2011. As there is no cap on construction costs, she argued, the company has “a blank check.”

“And at the end of the day we’re going to be paying for these units, having higher electric bills because of these units for another 60 years, or if the project fails, taxpayers will be footing the bill for years,” she said, in reference to the federal loan guarantees.

In response to a question about whether the project could ever become too expensive to be worth the investment, Perry said: “That’s one of those questions that gets out into the theoretical side of it. What I’m looking at is this project has the type of oversight, the type of construction oversight, the government oversight and it’s going to be done under the parameters of what we’re looking at.”