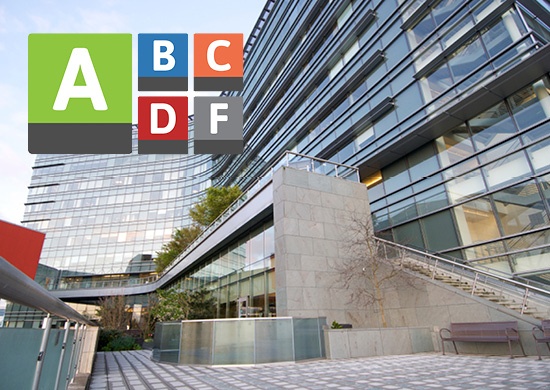 One in four Georgia hospitals earned an “A’’ grade in the latest safety ratings by the Leapfrog Group, released Thursday.

That percentage is lower than the one-third of Georgia hospitals scoring an A in the spring 2019 Leapfrog report. The new rate dropped Georgia from 15th among states to 34th for its percentage of hospitals getting a top grade.

Leapfrog, a patient safety organization founded by employers, issues the rankings semi-annually, in fall and spring. It’s a widely watched rating system, and is touted by hospitals that do well in the grades.

Georgia’s 19 “A” hospitals were a mix of urban, suburban and smaller rural facilities. Among hospital systems in the state, Piedmont Healthcare had six top-grade facilities, HCA had four, and WellStar Health System had three.

Leapfrog says it has the the nation’s only rating system that’s focused entirely on patient safety, recording statistics on preventable errors, accidents, injuries and infections that occur in hospitals.

** Three states — Wyoming, Alaska and North Dakota — had no “A” hospitals. (The three are among the mostly thinly populated states in the nation and have relatively few hospitals.)

** 36 hospitals nationwide have achieved an “A” in every grading update since the launch of the Safety Grade in spring 2012. That includes AdventHealth Gordon in Calhoun.

No Georgia hospital received an “F.”

Berneta Haynes, senior director of policy and access for the consumer advocacy group Georgia Watch, said Thursday that “while we are disappointed that Georgia dropped in the national ranking, that change speaks more to the higher number of hospitals participating in other states compared to Georgia. We are pleased to see that participation in Georgia remained consistent from this past spring. A higher percentage of Georgia’s hospitals that were graded earned an A or B grade this fall compared to last spring. These results show that Georgia is still making significant strides in hospital safety.”

Here’s a link to the Georgia hospitals’ grades.

Leapfrog said the release of updated Safety Grades this fall coincides with the 20th anniversary of the Institute of Medicine’s groundbreaking report, To Err Is Human, which revealed that nearly 100,000 lives were being lost every year due to preventable medical errors.

Subsequent research suggests that the actual number may be twice as high, Leapfrog said.

“In stark contrast to 20 years ago, we’re now able to pinpoint where the problems are, and that allows us to grade hospitals,” Leah Binder, president and CEO of the Leapfrog Group, said in a statement.

“It also allows us to better track progress. Encouragingly, we are seeing fewer deaths from the preventable errors we monitor in our grading process.”

Phoebe Putney Memorial Hospital in Albany was one of the “A’’ hospitals in Georgia.

“Our goal at Phoebe is zero patient harm, and we have made tremendous strides toward reaching that goal in recent years,” said Dr.Steven Kitchen, Phoebe Putney Memorial Hospital chief medical officer, in a statement.  “Thanks to the diligent work of focused safety teams, we have reduced incidents of patient harm by 61% throughout our health system in three years, and we are committed to continuing that positive trend.”

The Safety Grade is based on 28 measurements, all currently in use by national measurement and reporting programs.

“I am proud of our record on quality and safety and our work to reduce hospital-acquired Infections, in particular, has helped to make our hospitals the safest in Georgia for our patients,” Kevin Brown, president and CEO of Atlanta-based Piedmont Healthcare, said in a statement. “The Leapfrog Group grades for our hospitals are a validation of our strong record in this area and I am grateful for the hard work put in by our providers and our employees to achieve these grades.”

Earl Rogers, president and CEO of the Georgia Hospital Association, said in a statement that the Leapfrog report “shows that nearly 40 percent of graded Georgia hospitals either improved their scores from the last quarter or maintained an ‘A’ grade, highlighting our hospitals’ commitment to improving patient quality and safety.”

“Ultimately, the LeapFrog scores are just one tool to assist patients in their health care decisions. We encourage patients to use all available tools at their disposal, such as consulting with doctors, nurses and other health care providers and talking with friends and family,” Rogers added.