Last week, on November 18th, the Federal Trade Commission held its last ‘Debt Collection Dialogue’ in a three-part series to bring government, debt collection industry and civil society together to discuss current consumer issues around collection practices. The first two dialogues took place in Buffalo, NY and Dallas, TX. Georgia State Attorney General Sam Olens welcomed over 100 participants by lauding the recent efforts of the FTC through Operation Collection Protection to hold bad actors in the collections industry accountable through enforcement actions. Olens also highlighted the Georgia Military Consumer Protection Initiative and recent efforts of the Consumer Protection Unit to empower Georgia consumers. “Partnerships with non-profits working on these issues should be the rule, not the exception,” stated Olens. 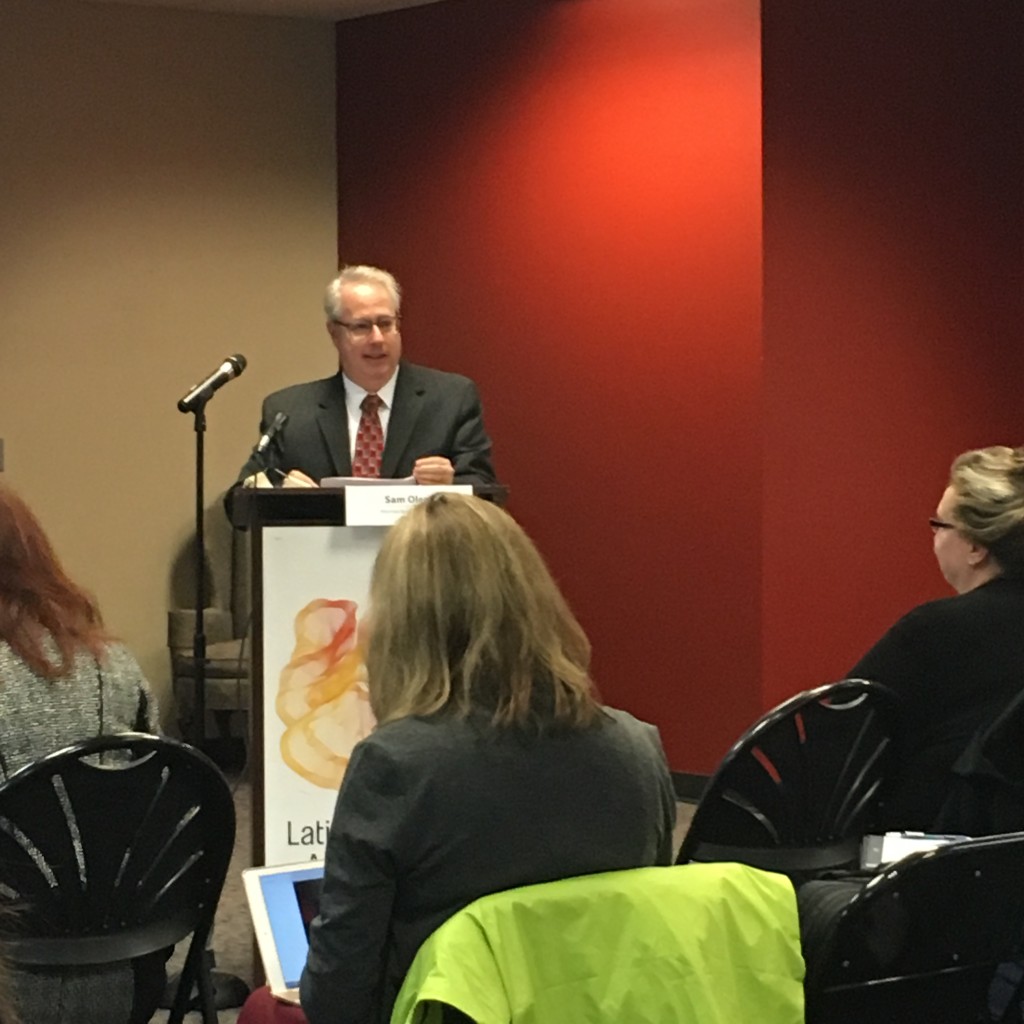 The first panel centered around state intervention, with panelists from the Tennessee Attorney General’s Office, South Carolina Department of Consumer Affairs, and Georgia’s Consumer Protection Unit, along with an industry representative from ACA International (Association for Credit and Collections Professionals). While each state had slightly different protections to offer consumers around debt collection, each panelist cited similar concerns around harassing tactics, ghost collectors who disappear, and attempts by companies to collect debts that were not vetted for accuracy prior to contacting the consumer. 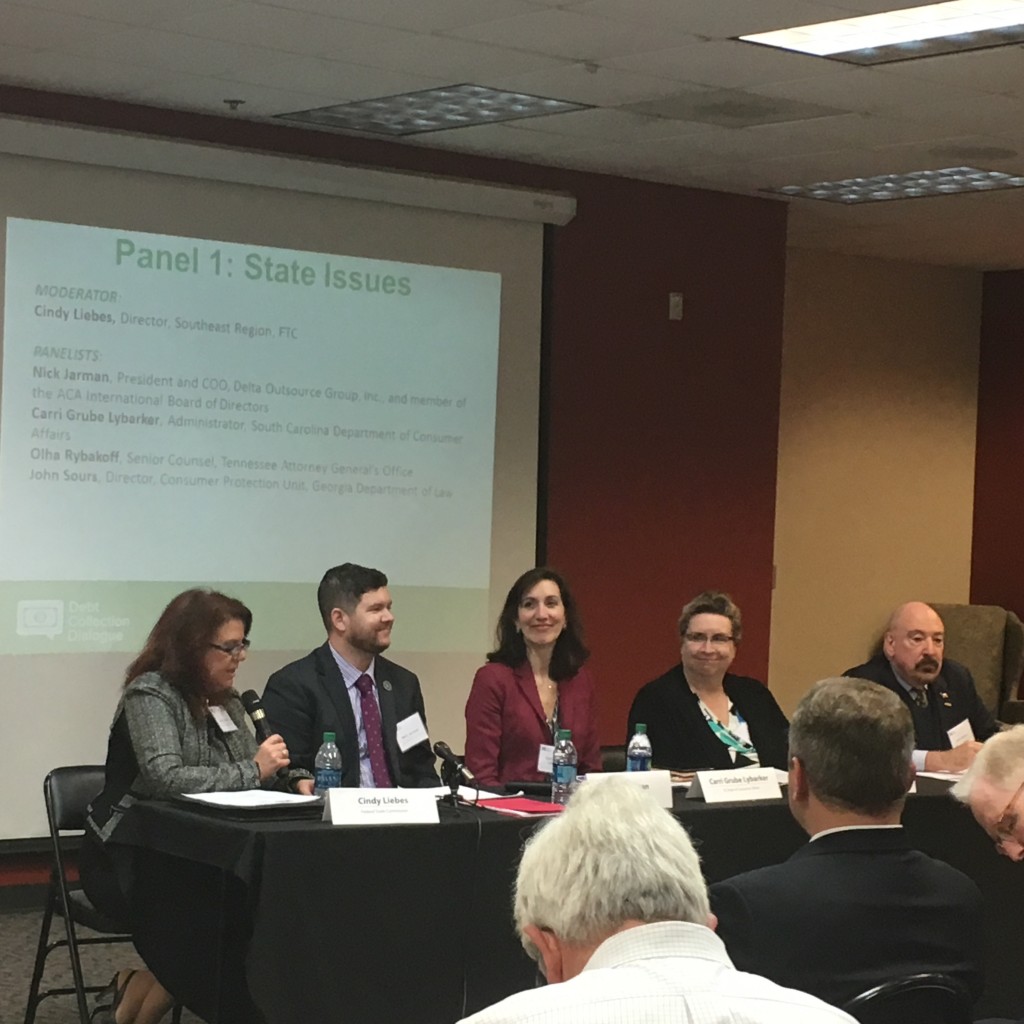 Panelists debated the merits of potentially increasing regulation around debt collectors in their states, which did not garner much enthusiasm. “We have very specific requirements for health spas, but no regulation statute for debt collectors,” explained John Sours, Director of the Consumer Protection Unit. There was general consensus from state representatives that more enforcement actions were needed to actualize the laws we have in place now. Nick Jarman, COO of debt collection firm Delta Outsource Group and ACA International representative asked the panel if a registry or some form of identification of good actors might help consumers in avoiding the bad actors in the marketplace. State representatives agreed that being able to identify them would be immensely helpful. In South Carolina, the Department of Consumer Affairs has a public complaints database that at least allows consumers to search businesses to see if they have formal complaints lodged against them. However, this is not an exhaustive list of bad actors, as we know many consumers do not lodge formal complaints against scammers or collectors engaging in unlawful activity. 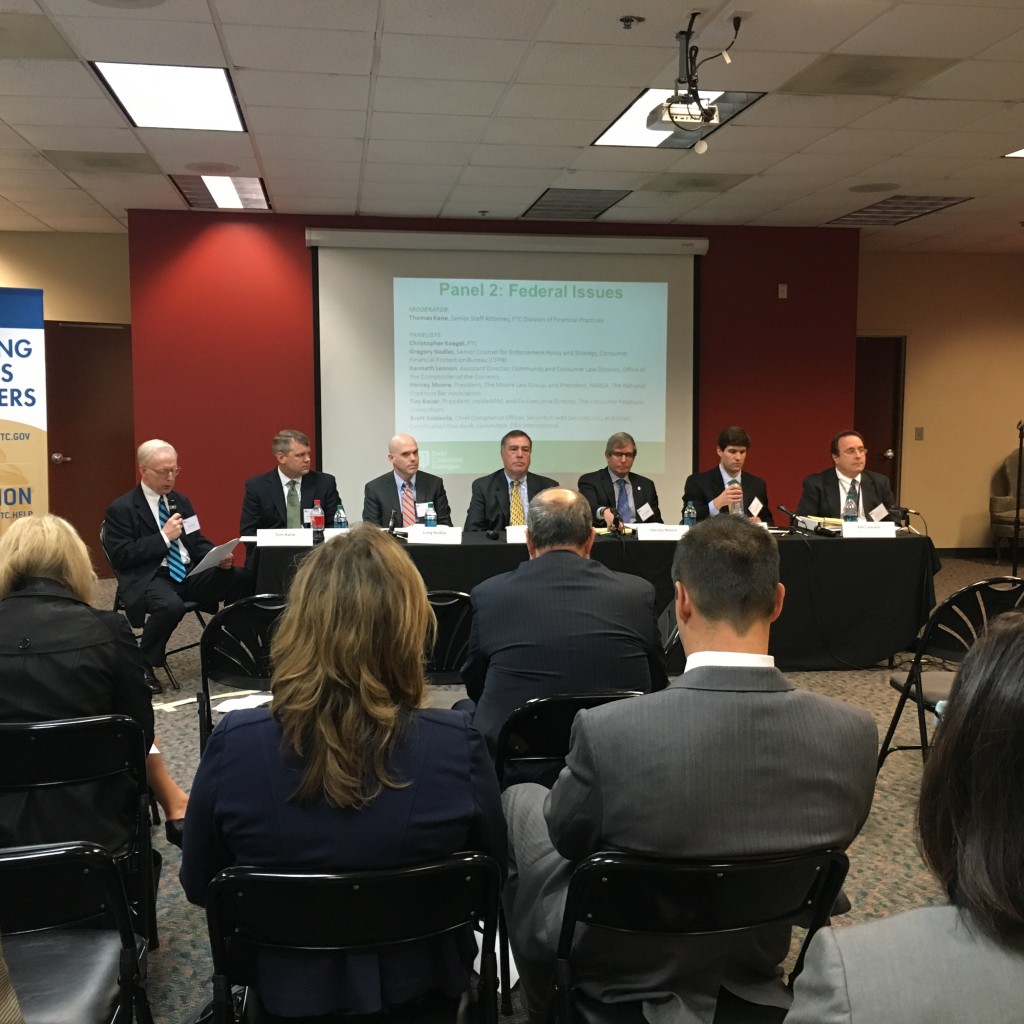 The second panel was focused on issues at the federal level, featuring representatives from the Federal Trade Commission, Consumer Financial Protection Bureau, the Office of the Comptroller of the Currency (Dept. of Treasury), and three industry representatives from the National Creditors Bar Association, insideARM, and DBA International. During this panel, there was a great discussion between industry and government around clarity of current statutes pertaining to collection practices. Both Harvey Moore of NARCA and Tim Bauer of insideARM stated that the statutes were not clear enough, and that millennials are particularly hard to reach because they are far less likely to respond to voicemail. “Our callback rate is 4%,” shared Moore. The Consumer Financial Protection Bureau’s Greg Nodler, speaking for himself, had a markedly different interpretation.

“I think it’s pretty clear,” explained Nodler. “If you leave a voicemail on an old fashioned message system and any party hears your message besides the consumer who owes the debt, then you have crossed that line.”

Moore asked if it wouldn’t be better for consumers to have a direct conversation with the collection agency to come to an agreement instead of being sued for the debt. “A consumer doesn’t have to call you [debt collectors] back, that’s their right,” asserted Nodler. Panelists did not discuss what an ideal call with a debt collector should look like. If consumers call back a collections agency, will they receive courteous treatment? Objective information about the debt? Will the agent provide information on how to appeal or what their rights are in the situation? The burden remains with the consumer to know their rights and set boundaries with debt collection agencies accordingly. To this end, Tim Bauer mentioned the recently published resource from Consumer Action on how to handle debt collection calls, When a collector calls: An insider’s guide to responding to debt collectors. The guide includes helpful tips such as how to distinguish between a fake debt collector and an agency collecting a legitimate debt in accordance with the law.

Panelists also discussed the role of regulation and the merits of internal accountability measures enacted by industry to weed out bad actors from the market. Brett Soldevila, DBA International’s Certification Standards Committee Chair outlined recent efforts at self-regulation from within industry. He explained that their current process involves a 30-metric test, including an internal and external audit to assess if a company is adhering to legal and ethical guidelines for collection practices. “I want to applaud the DBA for their efforts, I think they are headed in the right direction,” responded FTC Assistant Director Christopher Koegel. “However, this program is in its infancy. It will continue to grow and we encourage DBA to continue their efforts in this space.”

On the federal side, Georgia Watch will continue to monitor the efforts of the Consumer Financial Protection Bureau (CFPB) to make rules addressing debt collection practices. According to Greg Nodler, the next step in that process is likely a small business review panel. In 2014, the CFPB released a report on the Fair Debt Collection Practices Act (FDCPA) highlighting that they had received more than 30,000 consumer complaints pertaining to debt collection issues from July 2013 through December 2013. Since January 2014 to now, they have received more than 79,000 consumer complaints. According to the FTC, debt collection issues were the number one issue reported to them in 2014 by Georgia consumers, making up 18% of total complaints. Georgia Watch applauds the efforts of state and federal actors to enforce our current statutes and continue to address this critical issue for Georgia consumers.