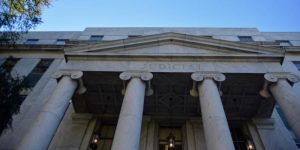 The court has ordered Western Sky Financial to pay more than $15 million. That’s the amount prosecutors estimate the company collected from Georgians since the case started.

“We know what a detrimental effect on Georgians and Georgia families these predatory lenders have, so it’s fortunate that Georgia does have a strong ban on payday lenders and a department of law that enforces that ban,” said Coyle.

But she said payday lenders are no longer the main way people are getting ripped off.

“Unfortunately the state still has small dollar lending through title pawn loans that trap Georgians in the same cycle of debt as payday lending and end up with rates as high as 300 percent APR,” said Coyle.

She said the number of companies that let people take out high-cost loans against their car titles has grown since state lawmakers made payday lending illegal.