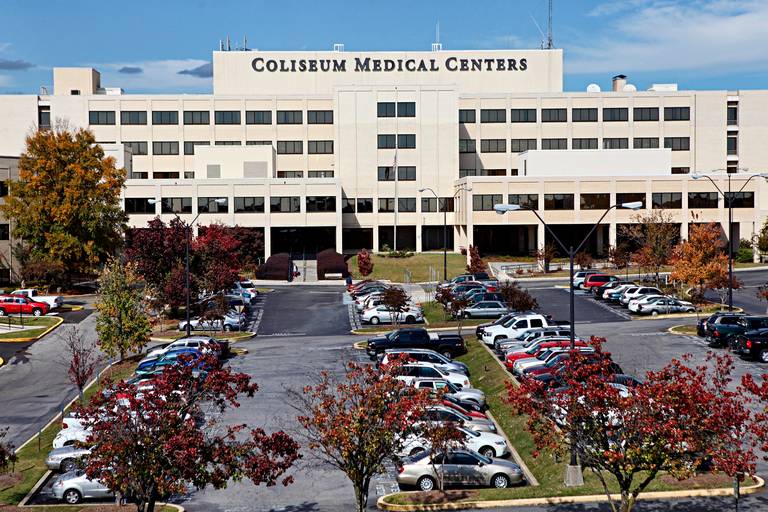 In December 2017, Sidney Canada felt dizzy and disoriented. The 52-year-old Georgia father often struggled to get a decent night’s rest, due to his sleep apnea.

When he couldn’t talk clearly, his wife wondered if he had taken too many sleeping aids. He was sent to Evans Memorial Hospital in Claxton, a 49-bed facility between Macon and Savannah, according to family members.

After Canada was admitted, the staff attached tubes and a catheter, hoping to stabilize and monitor him. But he grew agitated. He ripped them off, splattering blood on the walls.

At 5 feet 7 inches tall and weighing 280 pounds, Canada likely was an intimidating presence. To protect the staff — as well as their patient — a doctor ordered the use of restraints. First came the chest restraint, followed by straps for his arms and ankles.

Over seven hours, the hospital staff tried monitoring his vitals, but couldn’t due to Canada’s combativeness. They administered drugs for anxiety and bipolar mania. Then they gave him morphine, a painkiller that depresses respiration and is a potential hazard for someone with sleep apnea.

Canada dozed off just before 3 a.m. When a nurse returned, 28 minutes later, Canada’s full breaths had grown faint. The staff called a code blue, pumped his chest, and tried resuscitating Canada. He died before sunrise.

Hospital staff acknowledged that“there were mistakes made by the staff” — including failures to follow restraint protocols and to properly monitor his respiration. Hospital policy required a restrained patient to be evaluated every 15 minutes.

“They weren’t watching him,” his mother, Lena Canada, told The Telegraph. “They tied him down, put him to sleep. And his heart quit.”

CITATIONS NOT BEING DISCLOSED

Hospital administrators often tout their positive patient safety scores to the public. However, they rarely acknowledge the thousands of safety violations reported each year nationwide. Since 2015, more than four dozen Georgia hospitals, including some in Middle Georgia, have been cited formore than a combined 250 safety violations.

Overall, the number of safety violations found has trended downward in recent years. But nearly all of the hospitals — large and small, rural and urban — cited by inspectors have chosen not to disclose those violations.

Federal safety violations can be triggered by anything from staffers not washing their hands to a whistleblower exposing wrongdoing related to a patient death. Such violations jeopardize a facility’s ability to receive federal reimbursement for patient care.

The CMS requires hospitals that participate in Medicaid or Medicare to be inspected every three to four years — or whenever a complaint triggers an investigation.

An analysis of hospital inspection records by The Telegraph found that safety violations had serious — and sometimes fatal — consequences for patients statewide between 2015 and 2018.

For instance, in Milledgeville, Oconee Regional Medical Center staff (now Navicent Health Baldwin) failed to watch a suicidal patient, who then shot himself in a bathroom. Megan Allen, a spokesperson for Navicent Health, noted that “patient safety is our top priority,” underscoring the fact that the suicide occurred prior to the health care system’s purchase of the hospital two years ago.

In Columbus, a federal inspector cited St. Francis Hospital for failing to appropriately screen and treat a severely ill two-day-old baby. Corrective actions were taken, as a result of the citation.

In Newnan, a Piedmont Hospital nurse failed to carry out a doctor’s orders to continuously monitor the heart vitals of a patient, who later died under the facility’s watch.

In Augusta, the Augusta University Medical Center’s staff gave the wrong amount of a medicationthat may have caused a 79-year-old grandfather’s death.

These hospitals, as well as others, said patient privacy laws prevent them from discussing specifics of each of these cases.

Health inspectors typically redact all personal information before making records public. (The Telegraph identified Canada as the patient at the center of the 2018 inspection through obtaining records from local public agencies.)

Georgia’s most frequent kind of citation is violating a federal law that requires emergency departments to treat any patient regardless of their ability to pay for care. The state is ranked 18th highest among the states in that category.

One of these violations happened last year when a staff member at Macon’s Coliseum Medical Center’s emergency department told a possible sexual assault victim to go to another hospital. A Coliseum spokesperson said as a result of that incident, the “hospital processes have been thoroughly reviewed” but declined to provide specifics.

The U.S. Centers for Medicare and Medicaid Services reports deficiencies cited during inspections of complaints at acute care, critical access or psychiatric hospitals. The Georgia hospitals with more than five violations are below.

Source: Centers for Medicare and Medicaid Services/HospitalInspections.orgGet the dataCreated with Datawrapper

IMPROVEMENTS MADE, DATA STILL NOT SHARED

Erin Stewart, a spokesperson for the Georgia Hospital Association, says many hospitals in the state have renovated their facilities, invested in new technologies and improved how they measure and monitor patient safety.

“While the number of safety violations remains low and is trending downward, hospitals will continue to implement best practices to eliminate medical errors and incidents of harm,” Stewart told The Telegraph. “It is their priority to make sure that each patient receives the right care at the right time through the entire care process.”

Despite the progress, patient safety experts caution that federal citations offer an incomplete picture of hospital safety. That’s because independent accreditors and state inspectors, who perform most hospital surveys, rarely share their findings.

Instead, patients are often left to look at grades from Leapfrog, an independent survey that assesses hospital quality and safety data.

“It’s important that once someone recognizes that a hospital has violated patient safety rules, that they know how to be on the lookout and how to talk to doctors about their patient safety concerns instead of avoiding the hospital,” said Berneta Haynes, senior director of policy and access at the consumer advocacy group Georgia Watch.

That said, hospitals that don’t comply with these safety policies might be terminated from CMS programs. To avoid termination, hospital administrators are required to create a plan that corrects the problems identified within the facility.

“We take regulatory compliance in all matters very seriously,” said Katy Hedge, executive director of marketing and communications, who provided documentation that showed the hospital had done enough to avoid termination from CMS. “(We) have taken the appropriate steps.”

While hospitals are required to take those steps to keep participating in CMS programs, they rarely disclose the violations to the public.

Instead of sharing the steps taken to reduce the likelihood of similar mistakes, hospitals often published press releases that highlighted top grades received from Leapfrog, while the violations remain hidden or difficult to find.

In the case of Evans Memorial Hospital and the death of Sidney Canada, 15 months passed without a public acknowledgment of the incident.

When recently contacted by The Telegraph, Evans CEO Nikki Nesmith said that Canada’s “cause of death was not anything that happened at the hospital.”

She said this despite safety reports that show hospital staff members acknowledged their mistakes to an inspector.

“It was found that our monitoring processes needed to be enhanced and improved,” Nesmith said. “We saw this as an opportunity to improve and have taken significant steps to ensure that we will not have any deaths related to restraints.”

The hospital has decreased its use of restraints from seven restraint days in 2017 to one in 2018. In 2019, the staff has yet to use restraints, according to Nesmith.

Days before he died, Canadabecame a grandfather. Having persevered through a series of trying chronic conditions including addiction, hepatitis C and heart trouble, he had finally become present in her life again, Crystal said.

He had planned a trip to see his family in Alabama — to make further amends with his daughter — but never got the chance to do so.

“He had a lot of problems, but I had just got my relationship back with this man,” Crystal said. “Now I’ve lost him. They can’t give him back.”

To ensure your safety, do your research about your doctor before scheduling that appointment. Take a look at Georgia Watch’s guide here to learn how you can protect your safety during a hospital visit.