HomeConsumer Energy ProgramGeorgia Power begins loading fuel into one of... 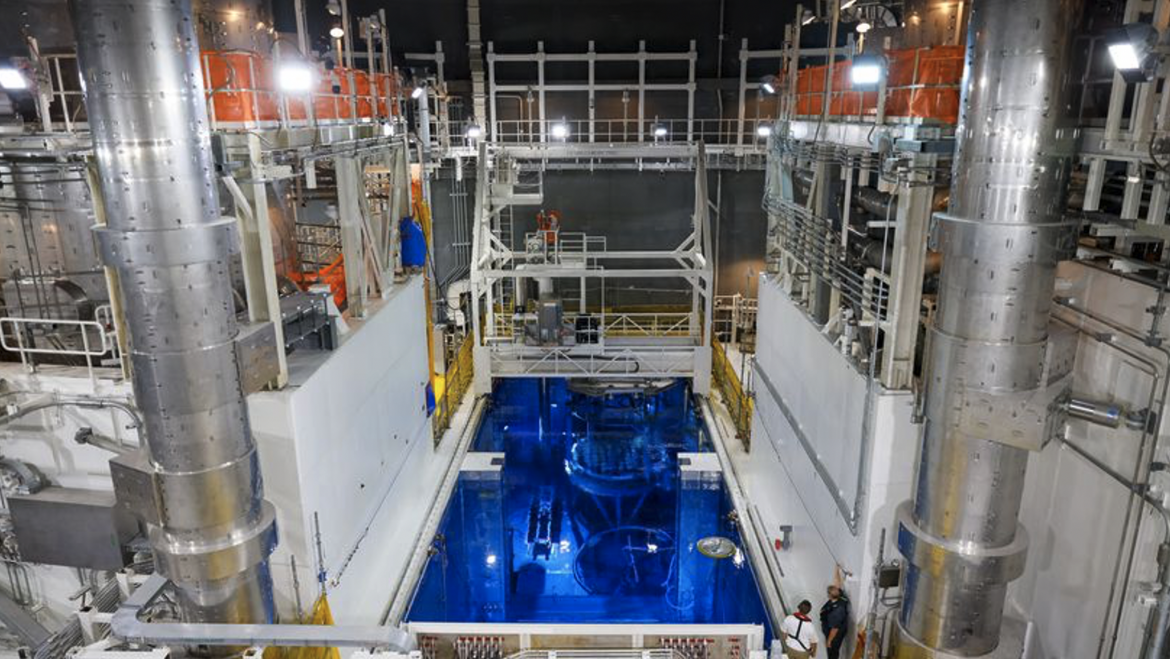 By Drew Kann and Michael E. Kanell, The Atlanta Journal-Constitution —

WAYNESBORO — Georgia Power announced Friday that engineers at Plant Vogtle have begun loading fuel into the first of two new reactors at the site, a significant step toward generating electricity from the first commercial nuclear units built in the U.S. in three decades.

Technicians placed the first of 157 nuclear fuel assemblies inside Unit 3 just before midnight Thursday and worked through the night. The transfer of uranium rods from the unit’s spent fuel pool into the reactor will continue through the weekend, said Jeremiah Haswell, Georgia Power’s project oversight director.

Once complete, startup testing will begin to ensure the unit’s coolant and steam supply system are functioning as designed with fuel in the reactor. From there, the company said operators would bring the plant from cold shutdown to 100% power, before eventually synchronizing the unit with the grid and sending electricity out to Georgia homes.

The new Vogtle reactors are more than five years behind schedule and their total cost has ballooned to more than $30 billion, more than double what was initially projected. Ratepayers, meanwhile, have been paying for their construction for years and could see their bills climb in the years to come.

Surveying the hulking, concrete building that houses the Unit 3 containment vessel on Friday, Georgia Power Chairman and CEO Chris Womack called it a historic day for the company and the project.

“With all that we’ve gone through in the last several years, to be at this point where we’re loading fuel is a huge accomplishment,” he said.

Michael L. Smith, the president and CEO of Oglethorpe Power, an energy cooperative serving utilities across the state, also cheered the news.

“Oglethorpe Power and our member cooperatives commend the dedicated workforce at Plant Vogtle for their tireless efforts to reach this significant achievement,” he saidin a statement.

The road to get here has not been smooth.

Soon after construction began in 2013, Georgia Power announced the first of many schedule delays and price increases.

In 2015, a spat between the company and its contractors led them to sue each other, adding more than $3 billion to the project and pushing its completion date out three years.

Then, in 2017, project manager Westinghouse filed for bankruptcy protection, a move that eliminated some cost protections for the reactors’ owners and their customers. The bankruptcy ultimately halted a similar Westinghouse nuclear project in South Carolina.

The next year,after announcing new delays and price increases, the units co-owners voted to stick with the project, but only afterGeorgia Power agreed to a deal that could see it take on a greater share of the rising costs.

Even the reactors’ final stretch has been bumpy, with several cost disputes erupting among the units’ co-owners.

Georgia Power currently holds the largest share in the new Vogtle units with 45.7%, followed by Oglethorpe Power which owns 30%. The Municipal Electric Authority of Georgia (MEAG Power) holds a 22.7% stake, while Dalton Utilities has the smallest share at 1.6%.

Georgia Power announced earlier this month that it had reached a $76 million settlement with MEAG Power putting an end to one of several disagreements tied to the project’s still rising price tag.

Georgia Power’s disputes with its two other co-owners remain unresolved.

Once online, Georgia Power says Vogtle’s four reactors will generate enough combined electricity to power one million homes and businesses. And as the effects of climate change worsen, the plant will serve as a huge source of power without contributing greenhouse gas emissions, which are warming the planet.

On Friday, Womack acknowledged that getting to this point was challenging, but said the benefits outweigh the costs.

Critics like Liz Coyle, the executive director of the consumer advocacy group Georgia Watch, disagree. Coyle says that Georgia Power will profit,while its customers willpay handsomely for years to come.

By the time the reactors are completed, the average residential user will have already paid $900 to cover Vogtle construction costs, according to estimates by Georgia Public Service Commission (PSC) staff.

Even more rate hikes to cover the units’ growing costs are likely to kick in once the two units begin producing electricity. Exactly how much will be determined by the five elected members of the PSC.

“The only way these units could prove to be in the best economic interest of ratepayers is for the Public Service Commission to do the right thing and deny the company the ability to charge ratepayers for all their cost overruns,” Coyle said.

Georgia Power has estimated that baking in Vogtle costs could ultimately drive customers’ electricity rates up by 10%. However, analysis by commission staff has out the potential increase closer to 13%. In addition to any Vogtle related hikes, Georgia Power is also currently seeking the PSC’s approval of new electricity rates that could drive up the average customer’s annual bill up by nearly $200 over the next three years.

“It could be the most expensive form of generated energy in the history of this country,” Coyle said.

In the meantime, the company’s spending on the nuclear project is expected to climb further as work continues.

In alate August disclosure, Georgia Power revealed it spent more than $500 million on the two reactors in the first half of this year, and said completing both units may ultimately cost another $1 billion.