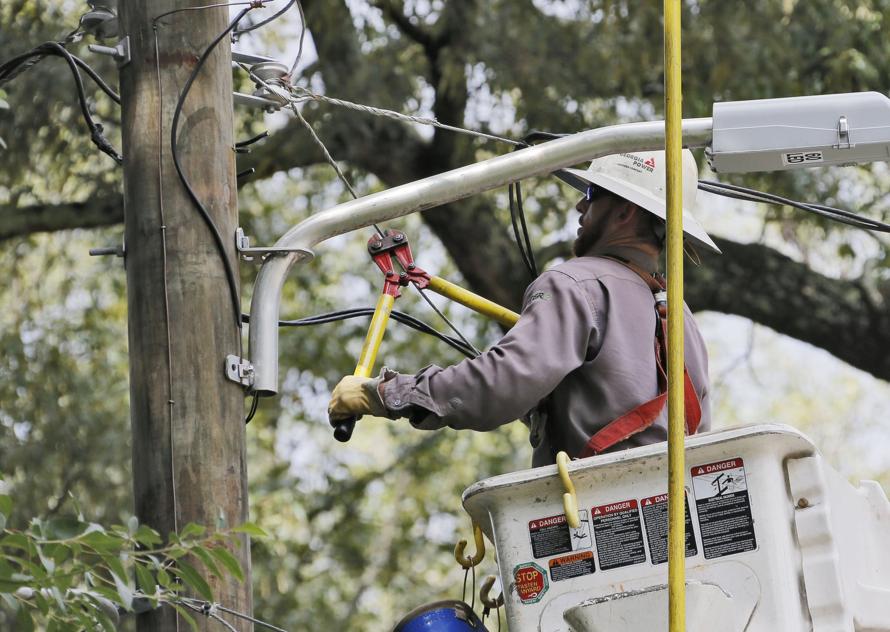 By Matt Kempner – The Atlanta Journal-Constitution

The increase would ultimately add $16.48 a month to a typical residential bill if the Georgia Public Service Commission goes along with the plan, according to an analysis of a Friday filing by the company. That amounts to a nearly $200 annual increase for an average customer.

The first of the phased-in increases would happen this coming January. Part of the cost hikes are tied to trying to prevent toxic leaks from ash ponds of coal plants scattered around the state. Georgia Power said it also would pay for storm damage restoration and electric grid improvements.

But that increase isn’t the only one Georgia consumers could see in the next few months and years.

The hike doesn’t include expected bill increases once Georgia Power’s troubled and over-budget Plant Vogtle nuclear expansion project is completed. Both new units now are supposed to be running by late 2022.

And recently Atlanta Gas Light, which like Georgia Power is part of Atlanta-based Southern Company, asked the PSC to approve a $96 million rate increase for residents and businesses that are served by the state’s natural gas marketers. If it is OK’d, the AGL change could add $3.80 a month or about $45 a year to the average residential gas customer’s bill. The company serves about 1.6 million Georgia customers.

Georgia Power said it “strives to be efficient and minimize any cost increase for customers.” The company said it has cut various costs over time and reduced its staff by 1,000.

“We fully recognize that we are asking our customers to pay more for electricity, which is an essential service, and realize this can place a burden on our customers, especially those who are already financially challenged,” Georgia Power CEO Paul Bowers wrote in the filing with the state.

But, he said, “our current base rates are no longer sufficient to allow the Company to recover the costs necessary to continue providing safe, reliable electric service to our customers while maintaining high levels of customer service.”

The first year alone, rates for a typical customer would rise nearly $10 a month. “For many people the idea of nearly $10 more a month onto their power bills, if you are living pay check to pay check, is a big amount,” she said.

The company has proposed some changes in fees and other charges that could mitigate some of the impact on low-income customers, Coyle said. But it also is proposing to substantially increase monthly fixed rates in bills.

That, she said, would lessen the ability of customers to reduce their bills by cutting back air conditioning use and turning off lights.

Hearings on Georgia Power’s request are expected to begin in late September, with a final decision by the PSC in December.

Georgia Power, a government-regulated utility, agreed not to file for a rate increase in 2016 as its parent company acquired AGL.

Georgia Power did put in place rate increases in other years after approval of three-year rate rollouts in both 2013 and 2010, according to the PSC. The company asked for a $1.4 billion increase in 2013 and got $870 million. And in 2010, the PSC approved a $1.55 billion increase rather than the $2.4 billion requested.

Georgia Power has said its rates remain below the national average. An AJC analysis last year found that its rates had been rising faster than the U.S. average.