HomeIn the NewsGeorgia Power customers to find out new tab... 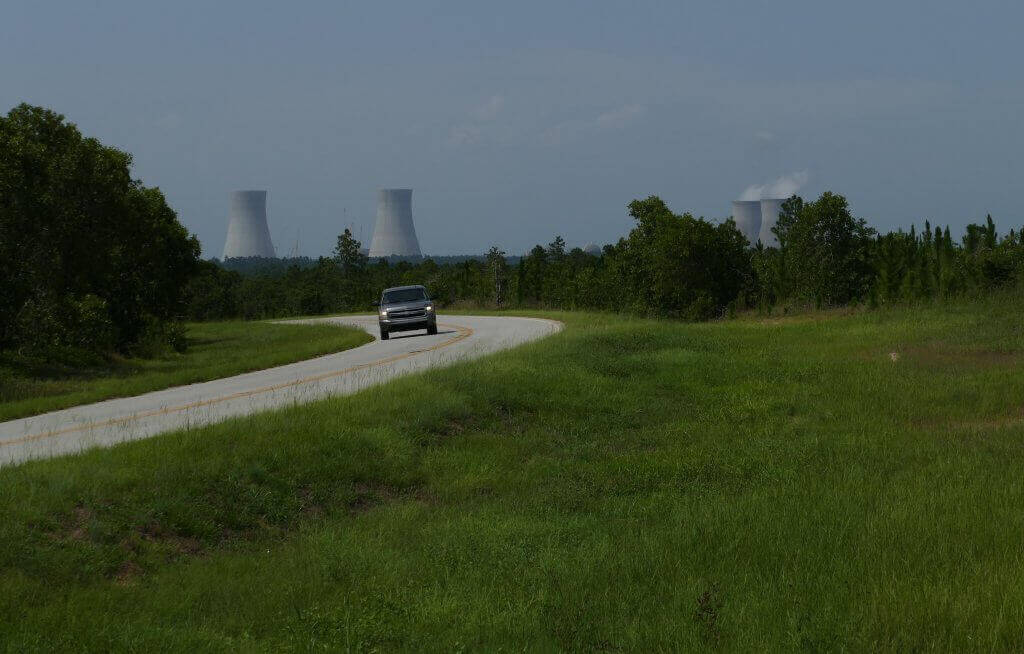 On Tuesday, it felt like Groundhog Day for Prenovitz, who posed the same question to Georgia Power executives and project leaders in a virtual hearing as they miss another deadline for the third reactor to come online, which is now expected to happen in the first quarter of 2022.

In the coming months, Georgia Power and its parent company Southern Co., and consumer advocacy organizations will make their cases before the Public Service Commission for how much of Vogtle’s ballooned unit 3 costs should be passed onto electric consumers’ bills.

The next ratepayer hearing on who will pay for the massive nuclear plant expansion project is scheduled for mid-October. The Georgia Public Service Commission is set to decide on Nov. 2 how much ratepayers or company shareholders will pick up of the tab.

The heavily scrutinized project south of Augusta has doubled in cost from early projections of $14 billion and repeatedly missed deadlines set by company officials.

During Tuesday’s hearing on Vogtle’s latest monitoring report, Prenovitz referenced his 2012 column in the Atlanta Journal-Constitution, where he predicted Vogtle’s expansion would face the same inflated price tag as the first phase. During the 1970s and 1980s, the cost of Vogtle’s first two reactors jumped from $660 million to nearly $9 billion.

“Isn’t that still true that basically since it requires more lead time and the company has little control over cost and scheduling,” said Prenovitz, who represents the Concerned Ratepayers of Georgia. “We don’t know how much it’s going to cost moving forward… and this is what we wondered 15 years ago.”

Over the years, Vogtle has been saddled with exploding costs, caused in large part by the bankruptcy of original contractor Westinghouse Electric, the pandemic and many other problems.

Company officials said Tuesday the lingering effects of a pandemic added several months of work while electrical and other remediation problems have slowed down progress.

The third reactor is nearly complete, and the goal is to still have the final phase finished in the fall of 2022, said Jeremiah Haswell, Georgia Power’s nuclear development director.

“We came back in 2017 after our main contractor went bankrupt, and all the co-owners and the company decided to go forward with the project,” he said. “The commission approved us to go forward to complete the project, and that’s what we’re doing. Unit 3 is 98% complete, and Unit 4 is about 80% complete, so it makes sense and it’s actually in the economic interest of customers.”

In the latest Vogtle Monitoring Report, Georgia Power is asking the Public Service Commission to sign off on $670 million of costs incurred over the final six months of 2020.

Plant Vogtle nuclear reactor expansion is designed to be a significant piece of the state’s energy future as Georgia shifts away from Georgia Power’s polluting coal-fired plants to cleaner sources.

Georgia Power officials and other backers say customers will find the long road to electricity delivery worth the wait once the new units start providing a reliable energy source for the next 60 to 80 years.

Georgia Power said Tuesday that the third reactor is on track to be up and running sometime during the first several months of 2022 instead of the November deadline.

The announcement was not unexpected as the Public Service Commission staff has criticized Georgia Power for setting an overly aggressive timeline over the last year-plus.

“Why do you think the (PSC) staff is better at estimating the schedule than Georgia Power and (operator) Southern Nuclear?” Georgia Watch’s Liz Coyle asked during Tuesday’s hearing.

Haswell said that the company is now only a few months behind on the third reactor after committing to the November goal four years ago.

“I wouldn’t say they’re better at estimating scheduling,” he said. “I’d say they’ve had kind of a more pessimistic view of the potential outcome. And there have been events that have pushed the schedule in that direction; one of the biggest ones being COVID-19.”

Veteran Commissioner Lauren “Bubba” McDonald recommended that the operators focus more on getting the project across the finish line instead of a rush to make deadlines.

“It’s difficult for the consumer out there… to have these hypothetical dates set and then you get close to it, and you get a phone call or message that says, ‘Well, we had this happen, so we got to move out four more weeks,’” McDonald said.

Bryan Jacob, solar program director for the Southern Alliance for Clean Energy, said one of his organization’s long-term frustrations is a persistent shifting of the construction timeline over the years.

“SACE has made the point multiple times, even including before I took over here to this responsibility, that we shouldn’t allow the constant refinement of the schedule,” Jacob said. “We should fix the schedule and then monitor variance against.”

Georgia Power representatives said that the focus remains on completing the project in a safe and timely manner.

“We will bring all the dollars in front of this commission, so this commission can make the best judgment that they can,” said David McKinney, Georgia Power’s senior vice president.