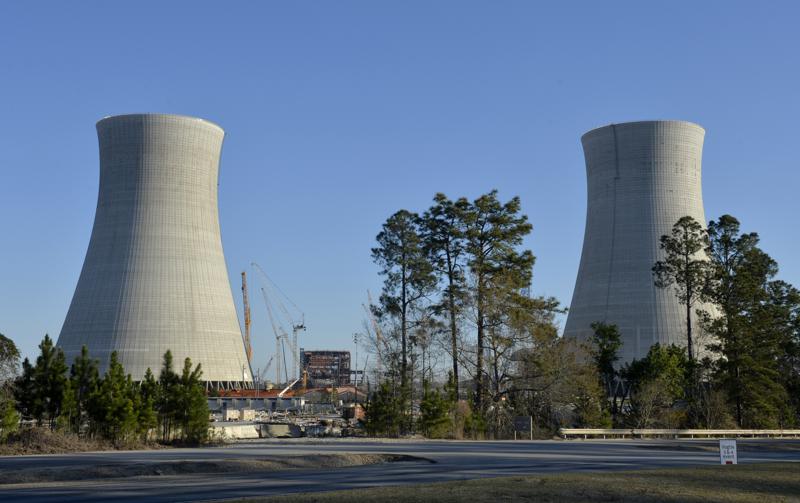 Georgia Power Co. wants to raise customer bills 12% over the next three years to pay for system improvements and higher costs and allow higher profits, the company said Friday in a rate filing with state regulators.

The filing kicks off a rate case before the Georgia Public Service Commission, with the five commissioners likely to vote on the plan in December and new rates taking effect in January. Changes are likely before any vote.

A residential customer who uses 1,000 kilowatt hours of electricity per month pays Georgia Power an average of $128 a month now, Chief Financial Officer Aaron Abramovitz said Friday. Under the plan, that would rise by $14.32 in 2023, reaching a total of $16.29 over the three-year period.

But those aren’t the only price increases Georgia Power’s 2.3 million customers could face next year. The Public Service Commission has already approved plans for the company to increase rates by $3.78 a month as soon as the first of two new nuclear units being built at Plant Vogtle come on line.

The company also will file next year to recover the cost of the coal and natural gas it uses to fuel its power plants, and Georgia Power President and CEO Chris Womack acknowledged Friday that the company is likely to file in February 2023 to raise bills to pay more for fuel, but pledged to work with commissioners to “mitigate and minimize the impact to our customers.”

As has been traditional with regulated monopoly utilities, Georgia Power’s shareholders at the Atlanta-based Southern Co. would be protected from risk and guaranteed a profit. Georgia Power would collect an additional $2.8 billion over three years, compared to a $1.77 billion cumulative increase in the current three-year rate plan.

The company says it needs more money to keep making improvements to the transmission and distribution grid, retire old coal plants, acquire electricity from new sources and upgrade customer-facing computer systems. It wants nearly $100 million more each year just to cover inflation for what it has to buy and spend.

“It’s that balance recognizing for us to continue to make investments in our system, to the reliability and resiliency that we need to operate the system and for a state that is growing in customers that have some growing expectations,” Womack said.

About $750 million over three years would go to retire coal-fueled power plants and buy power from natural gas plants, solar and other sources. Of that amount, about half would go to pay down the book value of the closed plants. Those moves are key parts of the company’s long-term generating plan which commissioners are likely to approve next month. Some parts of the rate case are aimed at paying for that integrated resource plan.

The company would collect $400 million over three years to cap or excavate ash ponds at coal-fueled power plants. Environmentalists want all the ash excavated and reburied in lined landfills, which could cost even more.

The company also says it needs more money because it has used up tax benefits from a previous federal tax cut that held down rates by $220 million a year. Georgia Power is also seeking to raise its target return on equity, a number that helps drive company profits, from 10.5% to 11%. The utility argues that it should get a higher rate of return because of what other utilities make and the current state of financial markets. That would cost customers an additional $94 million a year.

Some costs would go down. Georgia Power says it needs to collect less to pay for storm damage because it has now paid for the costs of recovering from prior storms and less to pay for operations and maintenance as it closes older power plants.

The proposal is heavily frontloaded, with only small increases sought in 2024 and 2025. Company officials said that would actually mean lower rate increases overall, because if they deferred some of the total request until later years, rates would have to climb even higher to collect the same amount of money in a shorter time.

“What we’re trying to present here, what we’re requesting, is the lowest-cost option for customers, understanding that this is just the start of this process,” Abramovitz said.