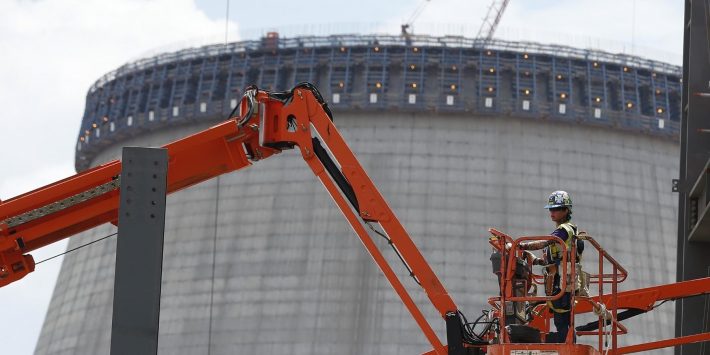 Georgia Power and Southern Company say a delay is likely on the Plant Vogtle nuclear power expansion near Augusta.

The delay would mean lower profits from the project for shareholders and more expenses for the companies involved, including expenses that can be passed on to ratepayers.

In a filing Friday with the Securities and Exchange Commission, Atlanta-based Southern Company and its subsidiary Georgia Power said that one of the major tests before putting the unit into service would be delayed until April, and that while the companies are still aiming for a November deadline to have the reactor up and running, they say it’s likely they’ll miss it by at least a month — and maybe more.

Construction at Plant Vogtle has been delayed before, and the costs have ballooned to at least $25 billion. Both of the nuclear units under construction at the plant near Augusta were supposed to be up and running by mid-2017.

In a deal with state regulators in 2018, as it took over managing construction on the project, Georgia Power agreed to new deadlines: November of this year for one reactor, and November of next year for the other.

Independent monitors working for the Georgia Public Service Commission [PSC] have been warning that this year’s deadline would be a challenge.

“In previous testimony, PSC staff said the November 2021 deadline would be difficult to achieve,” PSC Chairman Chuck Eaton said in a written statement. “The delay will come with penalties for Georgia Power. We hope the delays will be short.”

Georgia Power said it expects each month of construction on the delayed nuclear unit will cost an additional $25 million. A spokesman for the PSC said staff at the agency are still working out how much other costs, such as financing, will add up.

Georgia Power customers currently pay for financing costs and shareholders’ return on equity on their monthly bills. Once the reactors are complete, the PSC will evaluate the capital costs, which can also be passed on to ratepayers.

“We’re getting no benefit in terms of electricity from these two units. But we have been allowing the company to profit while the project has experienced incredible delays, years of delay,” said Liz Coyle, executive director of the consumer advocacy group Georgia Watch.

Georgia Power owns the biggest stake in the project and manages construction, but other Georgia utilities — Oglethorpe Power, Municipal Electric Authority of Georgia and the City of Dalton — are also involved.

In an email, Georgia Power spokesman John Kraft said work is 98% complete on the unit that is supposed to be done in November.

“The new Vogtle units are an essential part of Georgia Power’s commitment to deliver safe, clean, reliable and affordable energy for customers and play a significant role in supporting Southern Company’s goal of net-zero carbon emissions by 2050,” Kraft wrote.

Plant Vogtle is the only nuclear power construction project in the country.