Amid the worst recession since the Great Depression and state unemployment still topping 10 percent, Georgia Power last month filed a rate increase request before the Public Service Commission (PSC) of more than $1 billion. This falls on the heels of two other Georgia Power rate increases approved over the last year. The new billion-dollar proposal would be phased in over the next three years. By February 2013, average Georgia Power bills would shoot up $18 per month, or $216 per year.

In the filing, Georgia Power is seeking approval to collect significantly more profit from its 2.35 million customers. The regulated utility’s current rate of profit is 11.25 percent. Georgia Power wants to raise its profit margin to nearly 12 percent, which translates to roughly $84 million more of profit per year.

“We’re in one of our state’s worst recessions and Georgia Power is filing one of the biggest rate increase requests in history and asking for more profit,” said Georgia Watch executive director and former Public Service Commissioner, Angela Speir Phelps. “Itʼs essential for ratepayers to get involved so they can protect their pocketbooks.” 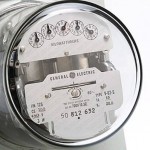 In addition to a massive rate hike and a higher profit margin, Georgia Power is also proposing a new arrangement in which two-thirds of its annual losses could be offset by imposing higher rates on customers without having to file a formal rate case.

“It’s clearly an attempt to shift the financial burden from shareholders to ratepayers. It’s an unprecedented move and would eliminate an established review process for rate increases,” said Speir Phelps. “The Public Service Commission is responsible to the people of Georgia to review and evaluate the fairness of rate increase requests. How can they establish just and reasonable rates without a review?”

Citing lost revenue due to the recession, Atlanta Gas Light (AGL), a gas distribution company serving over 1.4 million residential customers in Georgia, is asking for a rate increase of $54 million, nearly $50 million of which would come from residential customers. If approved, base charges on monthly bills would increase by about $35 per year – no matter how many therms of gas used. Although AGL officials claim this would be their first rate increase since 1993, the regulated utility last year gained PSC approval to collect more than $400 million through customer surcharges over the next 13 years.

Final decisions by the PSC will be rendered October 28th, 2010 for the AGL rate case and December 21st, 2010 for the Georgia Power rate case. We urge all ratepayers to attend the PSC public hearings and voice opposition to these anti-consumer proposals.