Georgia Watch joins advocates for Coverage Day at the Capitol

On Tuesday, January 27, 2015, Georgia Watch joined 15 other advocacy organizations for Coverage Day at the Georgia Capitol.  The day-long event, organized by Georgians for a Healthy Future, raised awareness about the need for Medicaid expansion in Georgia and provided advocacy organizations a forum to highlight their ongoing efforts to enroll consumers in affordable health insurance plans.

Approximately 75 consumers, supporters, healthcare professionals and advocates came down to the gold dome to voice their support for expanding Georgia’s Medicaid program.  Coverage Day began with an advocacy training, followed by conversations with legislators.  At noon, advocates held a press conference to discuss the importance of Medicaid expansion.  In the afternoon, several organizations, including Georgia Watch, set up tables to display their work in the central rotunda at the Capitol.  One table contained moving stories and pictures from individuals who fall into the coverage gap (meaning they are ineligible for health insurance premium subsidies because their annual income falls below the poverty level).

Georgia Watch was proud to be part of this important day at the Capitol! 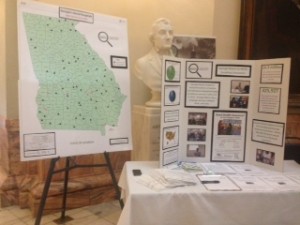 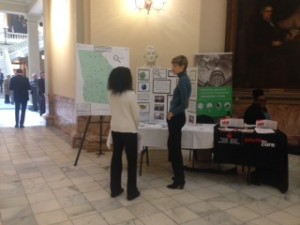 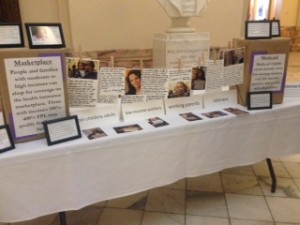