How a family learned the pain of surprise billing

How a family learned the pain of surprise billing 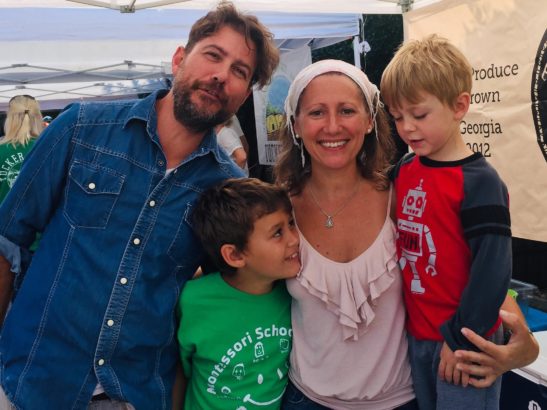 First she took him to an urgent care center in Rome, but it was a Sunday night and the center was closed. So she drove to Redmond Regional Medical Center, a hospital that’s in the network of her health insurance plan.

Redmond Regional treated Liam, then transferred him by ambulance to another Rome hospital, Floyd Medical Center. The Redmond physician said Floyd had more capability to handle pediatric cases such as Liam’s, Stina says.

Floyd was not in Stina’s HMO network, but Liam’s case was an emergency, so it seemed likely the cost would be covered. The child was diagnosed with asthma and underwent treatment at Floyd Medical for two days.

What happened a bit later, Stina says, “was very overwhelming,” and not in a good way. She experienced the phenomenon known as surprise billing.

In terms of surprise medical bills, this one was a whopper. “I’m extremely disappointed,’’ says Stina, who has appealed the case to the state insurance department.

The Stina case isn’t unique, especially for emergency care in health plans that are judged to have narrow networks.

In recent years, surprise medical bills have captured the interest of lawmakers in Georgia and nationally. They’ve hit millions of Americans: The Kaiser Family Foundation says that in the past two years, one in five insured adults had an unexpected medical bill from an out-of-network provider.

This problem often occurs after elective surgery or emergency care, when the facility itself is in the patient’s insurance network but the ER physician, anesthesiologist, radiologist or pathologist is not. So the consumer gets a separate, unexpected bill from that out-of-network doctor, and it can reach into the thousands of dollars.

These situations leave patients in the lurch, struggling to understand the insurance coverage gaps — and struggling to pay what they owe.

And such out-of-pocket expenses may be partly why so many voters say health care is the leading issue for them in the 2020 election season.

Congress is again tackling the thorny issue this year, as is the Georgia General Assembly.

Will Georgia pass something this year?

The state Legislature has seen years of frustrating stalemates over surprise billing, with some members supporting measures backed by doctors and others backing insurer-supported legislation, with the result that nothing has been passed.

This year, a state Senate bill and a companion House version are seen by many as potentially signaling the end to this deadlock.

Under Senate Bill 359 and House Bill 888, insurers would pay out-of-network physicians the same amount for a service (or a similar service) as a physician in the network would be paid. If there’s a disagreement on the payment rate, the two sides would enter an arbitration process overseen by the state Department of Insurance.

But it would cover 2 million Georgians who have coverage that’s regulated by the state, as well as individuals in the health insurance exchange and people covered under the state employee and teachers’ health plan.

Initial response has been generally positive. The Georgia Association of Health Plans said at a Senate hearing this week that it would suggest some fixes and clarifications. But Jesse Weathington of the trade group said the bill is “close to what we can support.”

The Medical Association of Georgia, a large physician organization, says it’s evaluating the legislation, while the Independent Doctors of Georgia said it would prefer some exemptions for certain physician services.

Hufstetler, an anesthetist who has been at the forefront of the surprise billing fight for years, said at a hearing this week that “I think we’re really close on getting the patient out of the middle’’ in payment disputes between doctors and insurers. The effort is backed by Gov. Brian Kemp, who in his State of the State address called for such reforms.

Consumer groups have praised the legislation.

Laura Colbert of Georgians for a Healthy Future told the Senate Health and Human Services Committee about a Cedartown resident who got a surprise $2,200 bill from an anesthesiologist not in his network.

“We believe these protections [in the Senate bill] are fair and reasonable,’’ Colbert told the panel. “It’s time to protect Georgians.’’

Another consumer advocate, Berneta Haynes of Georgia Watch, said her organization also supports the legislation. “We believe patients should be protected from these egregious bills.’’

The Georgia House, meanwhile, has taken up a bill that would have insurers provide information on whether their network hospitals have ER physicians, anesthesiologists, radiologists and pathologists who are in network as well.

It’s not clear whether any of this legislation, if approved, would address the Stina situation.

The family had an insurance exchange HMO plan from Anthem where Floyd Medical Center was out of network.

After the original patient bill came from Floyd, Anthem decided to consider the service as an emergency, so there was some coverage. But the Indiana-based insurer, Georgia’s largest, paid just $826 toward the overall charge to Stina and her husband.

Such insurance exchange plans have no out-of-network coverage except in the case of an emergency, says Cindi Gatton, Atlanta-based owner of Pathfinder Patient Advocacy

Consumers assume that for emergencies, if they go to a network facility and a doctor orders something — even care at another hospital — it will be treated as a network situation and be fully paid for.

But under the insurance policy language, that’s not the case, Gatton says. Insurers will “cover” a claim, but because a doctor or facility is not contracted for that plan, legally they can accept the payment, but not as payment ‘‘in full.’’

Floyd thus was allowed under the health plan to “balance bill’’ the family, requiring them to pay the remainder of the charges, Gatton says.

Such billing practices as those in the Stina case can occur in emergency situations when a patient is transferred to a non-network hospital, Gatton adds.

Stina and her husband are in the restaurant business in Rome. They paid a doctor bill from Redmond and are paying installments on a $1,260 bill from that hospital.

She has lodged a complaint with the Georgia insurance department over the Floyd Medical charges.

“These institutions are monsters,’’ Stina says. “I work very hard. I pay my bills. I don’t feel like the system cares about me very much.’’

A spokeswoman for Anthem said a hospital’s emergency medical services are considered a covered benefit and do not require pre-authorization, regardless of where they are delivered.

“Coverage will be provided according to the member’s policy benefits. However, providers are not required to accept this as payment in full, and may still choose to balance bill the member,’’ said the spokeswoman.

Gatton, the patient insurance advocate, says many patients hit with a big surprise bill have only a few options: They can apply for financial assistance, set up a payment plan with the hospital or provider, or walk away from the charge and negotiate with a collection agency a year or so later.