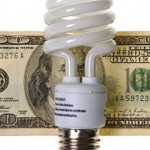 On July 6, the Public Service Commission (PSC) voted 4-1 to approve a settlement between Georgia Power and PSC Staff regarding Georgia Power’s Integrated Resource plan (IRP), a three year roadmap that lays out how the electric company will provide energy to our growing state. During the six month PSC review, Georgia Watch partnered with energy expert Jay Hakes to advocate on behalf of ratepayers.

As Georgia Watch’s key witness, Hakes brought with him much insight and authority. From 1993 to 2000, he held the presidentially-appointed position of Administrator of the Energy Information Administration (EIA) at the U.S. Department of Energy. Since then, Hakes has served as director of the Carter Center and has written the highly regarded book, “A Declaration of Energy Independence,” which describes a national strategy
for preventing future energy crises. Most recently, Hakes was appointed by President Obama to be Research Director for the National Commission on the BP Deepwater Horizon Oil Spill and Offshore Drilling.

During the IRP proceedings, Hakes testified that Georgia Power needed to take more aggressive steps to encourage energy efficiency among its 2.35 million customers. He called on the company to invest more in “demand side management” (DSM) programs, which focus specifically on influencing the energy consumption of homeowners and other “end-users.”

The Refrigerator Recycling Program, for instance, provides eligible customers with free refrigerator and freezer pick-up services, along with a cash incentive of $35. The program has been quite successful in raising customers’ energy awareness and accelerating the replacement of older, inefficient models.

Throughout the hearings, Hakes urged the adoption of a federal standard which calls on electric utilities to prioritize the integration of energy efficiency resources into their long- term plans. During the course of the IRP hearings, Georgia Power was opposed to the Commission’s adoption of any such standard, but the final IRP settlement includes such a provision.

Additionally, the settlement between Georgia Power and the PSC Staff contains a number of other positive steps forward for Georgia Power customers, our state and the environment. They include:

• Over the next three years, Georgia Power will work to reduce statewide electricity use by 900 megawatts, the equivalent of switching the power off in 225,000 homes. This is a step forward to reducing overall energy consumption and lowering energy bills.

• Georgia Power will install enough solar panels to power about 250 homes across the state. The new panels will give company engineers more experience maintaining energy supplies during nighttime and on overcast days. It will diversify the energy portfolio of the state and facilitate increased use of solar power.

• Georgia Power will expand its certified DSM programs from one program to eight. This will raise awareness of green programs and help Georgians become more energy efficient in their homes and places of work.

• Georgia Watch and other interested parties will review Georgia Power’s DSM progress reports, which will include customer participation levels, program costs, and program marketing information, thus enabling ongoing monitoring of DSM program implementation. The first of these reports is due May 15, 2011.

• Georgia Watch will participate in DSM Working Group meetings, thereby ensuring the interests of residential ratepayers are represented in the lead- up to the company’s 2013 IRP filing.

• Pending the issuance of new EPA rules related to coal plant emissions and the proper disposal of coal combustion byproducts (such as coal ash), the PSC has called on Georgia Power to propose alternatives for some of their older coal plants, in case the electric company decides to retire certain coal-fired generation rather than invest in emission controls. This is a big step forward in reducing Georgia Power’s relience on dirty and inefficient coal plants.