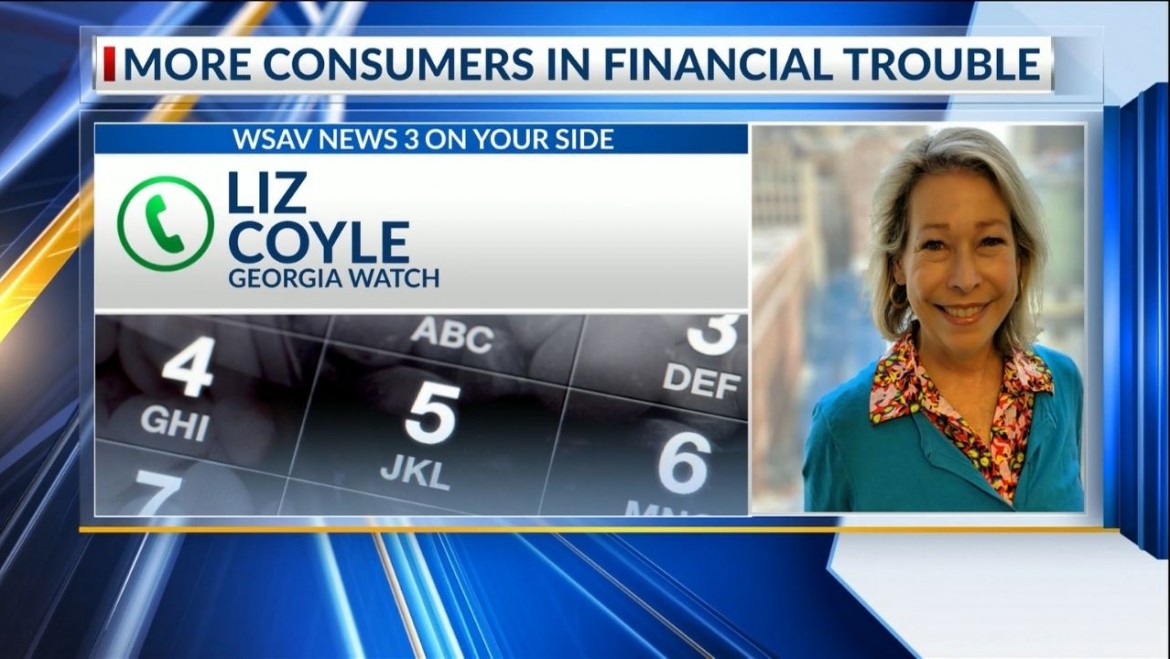 SAVANNAH, Ga. (WSAV) – The physical health of many has been ravaged by the COVID-19 crisis, but it’s also affecting financial health.

According to a new report from Bankrate, only 39 percent of Americans say they could cover an unexpected $1,000 expense.

Liz Coyle from the statewide consumer group Georgia Watch says it’s even worse for consumers in the Peach State.

“Most Georgians couldn’t even afford a $400 emergency expense,” Coyle said. “You know, for a lot of people $1,000 would be completely impossible to save.”

Coyle says while some people have kept their jobs, others have faced reduced hours or layoffs.

“There are many in restaurants and other jobs that have been perhaps permanently impacted by the pandemic,” she said. “What was already bad for many Georgians is only worse.”

She says many still owe money to utility companies, and that while there has been a moratorium on evictions, at some point people have to catch up on rent.

“What we’re really concerned about is a ‘tsunami’ of debt. I’m concerned that people will forget that there are still a lot of Americans, a lot of Georgians, who got so deep in the hole during the pandemic that they must have some type of protection,” said Coyle.

Coyle says that should include not having COVID-related debts reported to credit unions.

“That could ruin someone’s credit score, and it could take years for people to rebuild,” said Coyle. “When you’ve got a low credit score, that means you’re going to pay so much more to borrow to buy a car or a house.”

She is hoping that state lawmakers will take quick action as the legislative session begins by passing more rules to prevent predatory lending and astronomical interest rates on some of those loans.

“So, we really hope that action will be taken very early in this legislative session,” said Coyle. “Lots of Georgians even before the pandemic were living paycheck to paycheck and were not able to save.”

Coyle says people in need will need more help than ever.