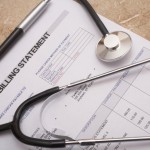 A recently filed bill poses a real threat to the consumer protections that exist in the Georgia market for health insurance. House Bill 47, which was introduced by Representative Matt Ramsey (R-Peachtree City), would permit out of state insurance policies to be sold in Georgia. By allowing out of state insurance policies, we’re substituting the laws that our legislature has enacted and our insurance commissioner enforces with regulations from another state where Georgia voters have no say.

In short, this bill is nothing more than a backdoor attempt to erode consumer protections on health insurance. HB 47 threatens the economic stability of our health insurance market. While healthy individuals might move to an out-of-state plan to save a few dollars, in-state plan premiums will skyrocket in order to pay for the higher claims of a costlier insurance pool. In addition, if a consumer has a claims dispute, it is unclear whether Georgia law would apply. An aggrieved health insurance consumer might have to go to court in another state to address wrongdoing by an out-of-state insurer.

The risks posed to individuals who move to out-of-state plans are serious as well. Someone who does not have a plan that covers screenings for chronic diseases is far less likely to get checked out. Early detection is key in the fight against potentially terminal diseases, such as cancer and heart disease. Those who find out late about such a malady face a significant risk of death or disability and may be uninsurable as a consequence. In fact, the bill authors acknowledge as much in that HB 47 requires a disclosure that someone who leaves Georgia health insurance for an inferior product from out-of-state may become uninsurable as a result of not getting screenings that would not be covered in a plan from another state. Coverage for screenings is important because without it people are much less likely to catch serious illnesses in early, treatable stages. The result is a lot of unnecessary pain and much higher costs, which are often shouldered by taxpayers.

A similar measure passed the House in 2010, but was held up in the Senate after concerns were raised about a lack of coverage for key women’s health screenings. HB 47 will most likely be a polarizing piece of legislation in 2011, as there appears to be little room for compromise between opponents and supporters. We’ll keep you posted on the status of this bill during the remainder of the 2011 General Assembly.