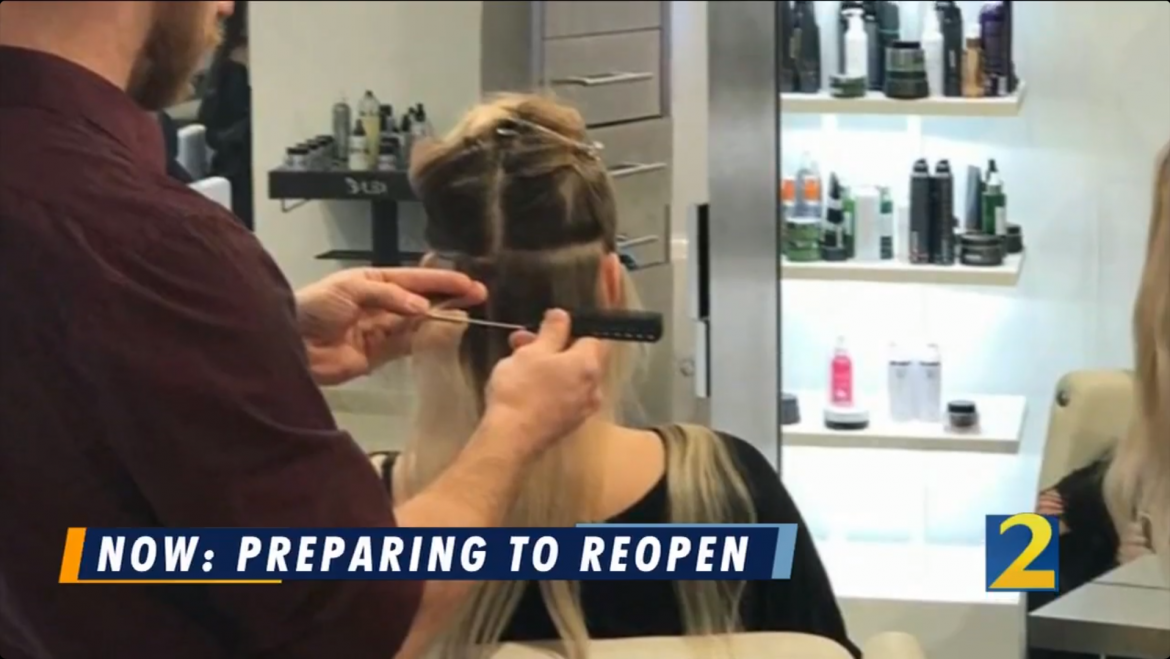 Channel 2 Investigative Reporter Nicole Carr talked to business owners and consumers who are worried about potential lawsuits, as legal experts cite potential challenges for both when it comes to consent and proving negligence. At the same time federal and state authorities say they’d consider immunity measures tied to civil liability.

Gov. Kemp faces continued criticism from the White House for plans to re-open businesses like salons, theaters and bowling alleys, giving some 20,000 business owners across the state the option to do so along guidelines starting Friday.

For business owners like Mimi Johnson, Kemp’s decision to allow businesses to reopen is dangerous.

“For the government to leave it all up to the person, I think is catastrophic,” Johnson said. “If we were at a plateau now, guess what it’s going to be Saturday? It’s like starting all over again.”

Johnson runs makeup studio The Glamatory, which is now closed. Johnson said she doesn’t see the state guidelines for reopening a reasonable option for her industry right now, and she doesn’t know how they’d be enforced.

Part of the problem is access to what the sanitation supplies that cosmetologists would need to operate.

“Where are these supplies coming from?” Johnson asked. “I can’t find hand sanitizer anywhere. So that’s just one thing that’s needed. The gloves. The masks. The hand sanitizers. I even saw face shields. Where am I gonna get a face shield?”

In Fulton County, Ryan Wilson’s social club The Gathering Spot is eligible to reopen under state social distancing guidelines. He said the science isn’t there to welcome any of its 3,000 members back to actual building. They’re sticking to virtual services.

“It’s fundamental failure in leadership,” Wilson said of the re-opening plan.. “I use that intentionally and in strong language, but I believe it, because if we don’t speak out strongly against these set of decisions and encourage business owners to make this hard choice, we run the risk of this going on longer, which I don’t think we can really afford from an economic perspective.”

Like most business owners, Johnson and Wilson have thought about whether someone could get sick in their business, and what responsibility they’d have for making the wrong move and the wrong time.

“There’s lawsuits. And I’m hearing it might be really hard to fight a case, right?” Johnson said. “But it still could happen. You still could get pulled into court to fight that case even if they might not win. You still have the liability of going into court.”

Carr took questions about legal liability to a personal injury attorney, the Georgia Chamber of Commerce, consumer advocates and the state.

Attorney Scott Patterson said that plaintiffs would likely have to prove they came in contact with the virus at a specific business.

“That in and of itself becomes quite difficult, given what we know about this disease, it’s incubation periods, and how long it could take for someone to become symptomatic,” Patterson said.

So while consumers may not have an easy time convincing the courts that they got sick in any one business, the language in the order allowing the business to operate can be a problem.

Patterson said it’s the “should’s” and the “may’s” attached to the guidelines that could open the door for lawsuits, making business owners prove they’d done everything possible to protect patrons.

“We could certainly point out that ‘hey it (the order) didn’t require you to (open), and then when you did re-open that maybe that wasn’t the best decision again, given your type of business and the type of clientele that may visit your business or where you may be located compared to other similar businesses,'” Patterson said.

Chris Clark, the President and CEO of the Georgia Chamber of Commerce said reopening slowly is a good step.

Clark said Kemp’s order allows some 20,000 businesses across the state a chance to start thinking about how they can get back to normal and create new business models over the next 18 to 24 months.

“So the majority of those businesses are mom and pop, they’re main street businesses,” Clark said. “They’re paycheck to paycheck. They told us 4 weeks ago, they only had 14 days of operating capital which means they’ve already run out.”

Still, the chamber said its looking for legal protection assurances for its members.

“If we’re doing all we can to protect the public and our employees, the liability shouldn’t be a concern but we’re going to continue to push and make sure that when businesses need that support, it’s there,” Clark continued.

White House economic advisor Larry Kudlow added this week that he supported legal protection for small businesses against lawsuits. That request has also come from the U.S. Chamber of Commerce in an open letter to Congress.

“If you ever want to signal to people that they should not trust that it’s going be a safe return to that environment, it’s for the businesses and the government to be working together to shield legal accountability,” said Liz Coyle, executive director of the consumer watchdog non-profit, Georgia Watch.

Carr reached out to Kemp’s office to see whether the governor has discussed business immunity similar to civil liability immunity he signed into an executive order for health care professionals.

“We have not received any such request, although if we did – like all requests – we would take it under consideration,” said Kemp spokeswoman, Candice Broce.

Both Johnson and Wilson said they’d re-open when they feel the data and health professionals signal a green light.

“I just challenge you to think it fully through,” Johnson said to business owners. ”Think of all the things on the table and what you’re risking to go back to work so early.”

“Please don’t be a business owner that is willing to put your team in a situation that you will not put yourself in,” Wilson added. “The day that we open, I will be there with our team because I want them to understand that I won’t go into or put myself into a situation that I won’t have them be in.”