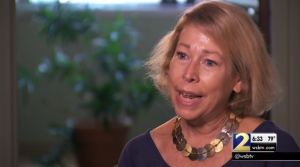 Georgia families have recovered nearly $200 million since the state signed onto settlements with two dozen insurance companies that had previously failed to pay beneficiaries who were unaware of their loved ones’ policies.

But a Channel 2 Action News investigation found some other states doing a much better job at getting that money into the hands of its rightful owners.

“I think all the states should be the same. For the insurance companies, it shouldn’t matter what state you live in, if you live in Georgia, California, Colorado, wherever,” said Donna Delzingaro, who along with her sisters recovered $122,000 they didn’t know existed.

“Isn’t that astounding? It’s boggling isn’t it? It’s like winning the lottery,” said Delzingaro and her sister Barbara Smith, who both live in Florida.

Their father passed away in 1990, leaving behind an unknown life insurance policy he’d purchased through his company.

“We had three or four personal policies that we had collected on. We thought it was done,” said Smith.

But then Delzingaro got a surprise phone call from the state of Florida.

But the real scam was that the insurance company had been holding onto the sisters’ money for more than 20 years without trying to find them.

An industry-wide audit found systemic problems, with companies failing to pay beneficiaries, who didn’t know to file a claim.

“It’s very disheartening because people would not even think to look for this, and I think that they know that,” Smith said.

“You ought to be able to have some sense of trust in any company with which you do business,” said Georgia Watch director Liz Coyle.

Now they’re required to check all of their policies against a federal list of people who’ve died, and to try to find their beneficiaries.

Nationwide, those companies have had to pay out more than $6 billion to families for previously unclaimed policies.

If they can’t find the beneficiary, the policy is turned over to the state’s unclaimed property fund.

“I think having it go to the unclaimed property account does only one thing, which is to take away some of the incentive the insurance company has to not find the beneficiaries,” said Coyle.

So far, 9,577 Georgians have recovered nearly $191,783,413 directly from the insurance company settlements.

But Georgia’s Department of Revenue, which maintains the unclaimed property fund, was unable to determine how many policies have been turned over, or how much those are worth.

Smith said, “It’s a good first step, but what good is it if you are not going to tell people that it’s there?”

Our neighbors to the south have a team of workers dedicated to tracking down and contacting the beneficiaries.

But in Georgia, the money just sits there with your name on it, unless you happen to check the state website and claim it yourself.

“I would hope that the state legislators in Georgia would take a look at that and see if there is some strength and some teeth they can add to what we have,” said Coyle.

Channel 2 Investigative Reporter Jodie Fleischer asked Insurance Commissioner Ralph Hudgens why Georgia hasn’t done as much as Florida has to get the money to its rightful owner.

“We didn’t launch our own individual investigation,” said Hudgens. “Nobody approached me with this because I certainly would have agreed to do it. But, why we didn’t, I can’t tell you.”

Plus, Georgia’s new law which covers companies that refused to settle, only requires them to turn over unclaimed policies written after Jan. 1, 2015. Florida’s law goes back to 1992.

“We certainly would advocate to the Legislature that they make modifications,” said Hudgens.

He pointed out that the insurance companies that settled have paid Georgia nearly $4 million in fines for their bad behavior, that’s just a fraction of the national amount.

“It’s kind of like, we’ve got your money and chances are you are never going to get it,” said Smith, “It’s really a big scam for me.”

Most of the victims in this situation don’t even know they’re victims. If they had known about the life insurance money, they would likely have claimed it.

Georgia Watch recommends talking with your family members ahead of time about policies they have and where to find them.

Also you should regularly search the state’s unclaimed property website for everywhere you’ve ever lived.

The sisters wish all states would consider how important that money can be for families. They commend Florida for going above and beyond to find them.

“I was really feeling blessed, because it came at a really opportune time for all three of us. It was just like money from my parents, like they knew,” said Delzingaro.

Her sister added, “I think any state needs to be doing the same thing. It’s not the states’ money. It belongs to rightful heirs.”