HomeUncategorizedNews From The Director’s Chair

News From The Director’s Chair 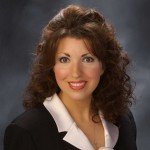 During the cold, snowy days of winter we crave sunshine. It’s good for our spirit and our health. Sunshine is also good for the health of our political process. Supreme Court Justice Louis Brandeis said sunshine is the best disinfectant, a profound statement that rings as true today as when Justice Brandeis first said it decades ago.

Our government belongs to us – we the people – and we have a right to know how and why decisions are rendered on our behalf. It’s crucial that citizens and the press have access to information. The people’s business should not be conducted in the dark. A high level of openness is an identifying characteristic of democracy.

For these reasons, Georgia Watch supported Senate Bill 17 during the 2010 session which provided stronger ethics reform including restrictions on lobbyists giving gifts to legislators and capping the amount of gifts, and full disclosure of money spent by lobbyists on legislators for travel and entertainment. On April 19, 2010 Georgia Watch publicly noted that the bill as written would allow lobbyists to pay for travel for public officials without disclosing it – including airfare, meals, and hotel accommodations – as long as the travel was related to bringing a public official to a meeting (even if that meeting were held in Paris, France). Under the proposal, a lobbyist could legally buy a legislator a first class trip to the tropics, including plane ticket, room at the Ritz Carlton, and room service, and it would not have to be disclosed if the trip were for the purpose of a meeting.

We pointed out this glaring flaw and insisted that the public has a right to know how much money lobbyists spend on legislators. The following morning, April 20, 2010, the troublesome language was removed. Lobbyists are now required to disclose this information.

We realized the importance of this provision when we advocated for full disclosure, but who knew that just eight months later this pivotal language would ensure disclosure of a $17,000 trip taken by the Georgia Speaker of the House to Germany – a trip paid for by lobbyists. There may be very legitimate reasons for a lobbyist to pay for travel for an elected official for educational purposes but the public has a right to know, ask questions, and hold accountable those elected to represent us. If Georgia Watch weren’t watching out for loopholes – none of us would be aware today of the Speaker’s recent European excursion.

This year, Georgia Watch is working to strengthen ethics laws and has joined a broad coalition called the Georgia Alliance for Ethics Reform. We are also strongly advocating for greater transparency and access to information for EMC (Electric Membership Corporation) customers.

As Georgia Watch enters our ninth year of consumer advocacy we stand on the shoulders of many who have supported us throughout the years. Please know that when you contribute to us – no matter how small or large the amount – we are grateful.

We thank you for your steadfast support. Without the generous contributions of our members, we could not do the good work we do. At Georgia Watch, we know it is action, not apathy that will mold our future. We refuse to sit on the sidelines and listen as the din of special interest drowns out average Georgians. We are working hard on your behalf and we ask that you continue to stand beside us and support our efforts.

Thank you. Please call me or any of our staff at anytime we can help you.