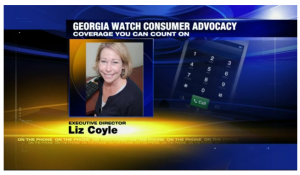 AUGUSTA, Ga. (WJBF)- After billions of dollars of investment, the futures of Plant Vogtle and V.C. Summer Nuclear Plant are in question. Westinghouse Electric, the company contracted to expand those nuclear power plants, filed for bankruptcy protection Wednesday.

The plants’ owners say they are working together to complete the projects, but analysts say this bankruptcy is going to cost in both time and money.

Westinghouse Electric Company has been a pioneer in the development of nuclear energy, but Wednesday’s bankruptcy filing is “casting a shadow over the global nuclear industry,” reports the News York Times.

But the effects hit close to home for people in Georgia and South Carolina.

“They’re just a big corporation that says ‘we’ll take care of it’ and ‘trust us’, and we trust them…and then they go and screw something else up,” said Georgia Power customer Richard Hollingsworth.

But Plant Vogtle does employ about 900 people in the Waynesboro area. The bankruptcy could leave the plants’ owners saddled with costs Westinghouse can’t cover.

The projects are already years late and billions over budget. Power companies own those plants, which means more delays and costs associated with the projects could be passed on to ratepayers. According to consumer advocacy group Georgia Watch, Georgia Power customers could be shouldering $1.4 billion to finance Vogtle construction over the next few years. They’ve already paid about $2 billion for the project in their bills since 2011.

“They’re already charging and exorbitant amount,” Hollingsworth asid. “I take care of my mother at home, and we’re on a very fixed income…and to think that we might be spending more every month.”

We did reach out to Georgia Power. A spokesperson says the company “will continue to take every action available to us to hold Westinghouse and Toshiba accountable for their financial responsibilities.”

The spokesperson also says Georgia Power working with Westinghouse to maintain momentum at the Vogtle site.

SCANA energy company owns V.C. Summer nuclear plant near Columbia, South Carolina. SCANA says in a press release that it plans to continue working with Westinghouse on the project. SCANA’s rates have also increased at least nine times since 2009.

Executive director of Georgia Watch Liz Coyle says Westinghouse’s bankruptcy is going to cost more money for the plants’ owners and whether the power companies continue the project or stop them altogether, ratepayers are likely to feel the consequences in their pocketbooks.

“From the beginning, virtually all of the risk has been placed on the company’s ratepayers and not their shareholders,” Coyle said.

Georgia power says it is conducting a full-scale schedule and cost-to-complete assessment to determine what impact Westinghouse’s bankruptcy will have on the project.