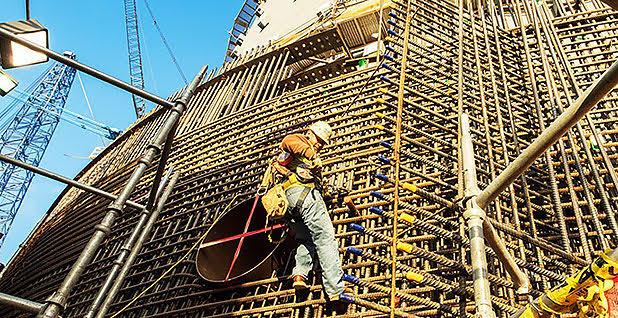 Southern Co. is cutting the number of craft workers at the nation’s lone nuclear construction project by 20% as the number of COVID-19 cases has skyrocketed in less than two weeks.

Atlanta-based Southern and its Georgia Power Co. unit told shareholders in pre-market filings yesterday that it is cutting 1,500 to 2,000 laborers at the site in southeast Georgia “to address the impact of the novel coronavirus.” The reduction is expected to last into the summer.

The impact includes “ongoing challenges with labor productivity that have been exacerbated by the impact of COVID-19,” the document said.

Vogtle is the nation’s first set of nuclear reactors to be built from scratch in nearly three decades. The site boasts 9,000 workers. They include craft laborers as well as a wide variety of supervisors, executives, vendors, contractors and Nuclear Regulatory Commission inspectors.

Southern’s filing with the Securities and Exchange Commission is the second in a month the utility has filed regarding Plant Vogtle and the pandemic.

The number of confirmed cases of COVID-19 has risen to 42 in less than two weeks, the company said Wednesday night. More than 400 employees are self-isolating because they either have been around employees who have the virus or are displaying symptoms.

Georgia Power is waiting on the results of tests for roughly 60 workers. More than 150 have tested negative.

Separately, a number of workers have chosen to stay away from the site to prevent getting sick, Georgia Power said in a statement yesterday. To reach the 20% reduction, the company is asking workers to volunteer to be cut.

The utility hopes the move will boost productivity, decrease the number of absentees and allow for more social distancing during the pandemic.

“The company has done a really good job on being hypervigilant about this,” said Georgia Public Service Commission Chairman Chuck Eaton. “This is the logical next step. Safety is the No. 1 concern, but you’re obviously trying to keep people on their job and keep them earning money.”

The Plant Vogtle project has been dogged by vendor delays, contractor changes and cost increases, and Southern is under pressure to finish the reactors by November 2021 and 2022. In yesterday’s filing, Georgia Power said it does not expect this “mitigation action” to affect Vogtle’s capital costs or the timeline.

Georgia Power owns 45.7% of Vogtle, which equates to $10.4 billion. The utility is building Vogtle with a group of public power companies.

But there does appear to be a cost associated with the decision to downsize the number of laborers working on-site, according to the SEC filings. For Georgia Power, the amount is between $15 million and $30 million, the company said in its filing. This is “assuming absenteeism rates normalize, and the intended productivity efficiencies are realized in the coming months.”

When asked for more information, Georgia Power said that “this is an unprecedented situation so how we handle these costs will need to be determined.”

Whether Vogtle can be finished on time hinges on how quickly workers can finish each individual task, regardless of a pandemic.

“It’s right that they are putting the health and safety of the workers first and foremost during the COVID-19 emergency,” said Liz Coyle, executive director of Georgia Watch, a consumer advocacy group. “If I were an employee at that job site or a spouse with children in the community, with my spouse going to that job site, I would be really concerned.”

Coyle also hopes for more detail from Georgia Power on the pandemic’s impact to the project’s cost and schedule. The Georgia Public Service Commission formally reviews the project twice a year — with each review looking back six months.

Coyle said more than that is needed now.

“We need much more real-time reporting on the impact this crisis is having on the cost and schedule today,” she told E&E News.

Georgia Power said in a statement that it is planning to pare down the number of workers as the first reactor edges closer to being finished. Doing so now accelerates that timeline, the company said.

“Fluctuations in the workforce levels are normal in any construction project of this size, especially as that project nears completion,” the company said. Developers decided to cut staff after talking to contractors, the union representing the craft workers and others.

But Southern warned earlier this month that the economic fallout from an ongoing pandemic could have long-lasting effects on the company’s supply chains and capital markets, and possibly disrupt Vogtle’s construction (Energywire, April 2).

Officials from Southern’s nuclear unit also told utility regulators they are planning for a variety of situations to keep construction going even if there is a “substantial workforce reduction” on-site.