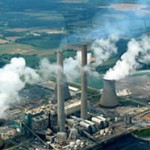 A legal dispute between Georgia Power and its Plant Vogtle contractor is going to cost Georgia Power customers another $100 million.

Earlier this week, the Public Service Commission (PSC) approved an amendment to the construction contract between Georgia Power and Westinghouse–Shaw, the group building the two new units at Plant Vogtle. Though many details of the contract dispute are still unknown, the PSC decision allows Georgia Power to shift the cost of the dispute – estimated at $108 million – directly to customers. It comes without the slightest effort by Georgia Power to explain why its shareholders shouldnʼt be the ones to shoulder those costs.

In the case, Georgia Power and Westinghouse-Shaw had a dispute regarding provisions in their original construction agreement. Though specifics of the dispute were never provided, PSC staff members were ultimately able to quantify the disputeʼs potential impact to be an additional $78 million of direct construction cost and an additional $30 million of financing cost, for a total of $108 million. During the process, PSC staff complained that Georgia Power failed to provide enough information about the nature of the dispute, and noted that the electric company simply presented a proposal that shifted the cost of the dispute to ratepayers.
Citing the lack of transparency, PSC staff members tasked with making recommendations to the five public service commissioners concluded that Georgia Powerʼs proposal should be rejected.
Instead, the PSC approved the amendment 4-1, with Bobby Baker as the only commissioner voting against it.
“Itʼs a terrible precedent for the Vogtle project. Against the advice of their own staff, the PSC shifted the cost burden from shareholders to average ratepayers – to the tune of $108 million.” Georgia Watch executive director Angela Speir Phelps said. “Itʼs the job of the PSC to scrutinize these proposals, not rubberstamp Georgia Powerʼs every whim.”
The two nuclear units slated to be built at Plant Vogtle have a projected cost of $14.5 billion. Georgia Power will own 45.7 percent of the capacity of the new Vogtle units, which are projected to go online in the 2016-2017 timeframe. Oglethorpe Power Corporation, the City of Dalton and the Municipal Electric Authority of Georgia own the rest of the capacity. The new units will produce approximately 2,200 megawatts of electricity. The PSC has determined that the certified in-service cost of Georgia Powerʼs interest in the two new Vogtle Units is over $6 billion.
For more information, call Georgia Watch at 404-525-1085.
0 shares