Report: Plant Washington Would Place Too High a Financial Burden on Ratepayers 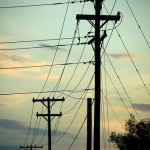 If Plant Washington, the controversial Power4Georgians (P4G) proposed coal-fired power plant becomes a reality, Georgia consumers would see their electric bills skyrocket 10-20 percent in the first year depending on which electric member cooperative (EMC) they receive electricity from, as opposed to an expected two percent increase in the absence of the plant.

That is the main finding of a new Georgia Watch and TR Rose Associates study released today. Titled “Power4Georgians Plant Washington Coal-Fired Power Plant: Too High a Price for Consumers,” the report concludes: “If the proposed plant is built, rate increases will no longer be modest. The plant will also cause long-term financial headaches for the electric membership cooperatives (EMC’s) and others who sign on to purchase power from Plant Washington.”

According to the report, electricity customers in Georgia will feel the impact of Plant Washington in the following ways:

“For consumers and organizations such as ours that act as a watchdog for consumers, Plant Washington is a bad investment and an even worse liability-in-the-making for Georgia. When we see evidence as in today’s report of electric bill increases for recession-strapped consumers that would be eight times higher than necessary, we are obligated to point out that Plant Washington is not a fiscally responsible choice given the high pricetag and the uncertain regulatory climate. If more power is needed in Georgia, it should be the most affordable power possible for consumers.”

“If Plant Washington is built it will cause upward pressure on electricity prices. Among the reasons driving the plant’s high cost are increasing construction costs, rising regulatory costs, volatile coal prices and cheaper, more readily available competitive energy sources. By mid 2011, 153 new coal plant proposals have been canceled across the nation and many utilities are now announcing retirements of existing coal plants. Few new coal plant proposals are moving forward. Those that have proceeded with construction face significant cost increases. When plant developers have continued to pursue new coal plant proposals, hoping conditions would improve, they have often canceled plant construction, thus leaving consumers with large bills for development costs but also with no new electricity resources. Fundamentally, lack of investment in new coal plants is a result of current economic conditions in which coal plant finances do not work.”

“The plant developer, Power4Georgians, has not provided its customer members with vital information regarding the plant’s finances or a sound, detailed explanation about the expected impact of Plant Washington on customer rates. Whether the plant moves forward or not, the EMC members who will potentially be saddled with steep rate increases are entitled to a thorough explanation. The only way to ensure transparency is by P4G’s conducting a cost-benefit analysis regarding the construction of Plant Washington that uses reasonable assumptions and conforms with industry standards. ”

“As a customer of Cobb EMC who also has spent twenty five years in the electric utility industry, I have a unique perspective on the dramatic cost increases which can occur when new generating facilities are added to rates. The study produced by Georgia Watch through TR Rose Associates raises significant questions regarding the rate impacts of the power plant proposed by Power4Georgians. Power4Georgians and Cobb EMC should publish economic analyses and pro-forma financial statements and rate impacts, just as Georgia Power does when presenting their plans to the Georgia Public Service Commission. Georgia’s EMC customers have the right to expect open and honest discourse regarding this decision which may have such a significant hit on our wallets.”

Power4Georgians is a consortium of EMCs that is sponsoring the development of Plant Washington. Plant Washington is a proposed 850 MW, supercritical, pulverized coal-fired electric generation facility to be located in Sandersville, Georgia in Washington County. According to P4G, the proposed plant will provide base load energy to meet the expanding needs of the metro Atlanta area. P4G estimates the cost of the plant at $2.1 billion, with an approximate four-year construction period once permits are granted.

About the Report Author

Tom Sanzillo joined TR Rose Associates, a public policy and financial consulting firm in New York City, in 2007. From 1990 to 2007, Tom served in senior management positions to the publicly elected Chief Financial Officers of New York City and New York State. From 2003 to 2007, Sanzillo served as the First Deputy Comptroller for the State of New York. He was responsible for a $150 billion globally invested public pension fund; oversight of state and 1600 units of local government budgets and public debt offerings; audit programs for all state agencies, public authorities (including power generation authorities) and local governments, and review and approval of state contracts. Due to an early resignation of the elected State Comptroller, Sanzillo served for a short period as the New York State Comptroller from 2006-07.