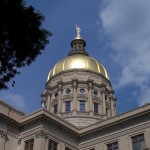 
Senate Bill 160, a bill that would allow regulated utility companies to directly contribute to state political campaigns, unanimously passed the Senate Ethics Committee yesterday despite the objections of Georgia Watch and the Georgia Alliance for Ethics Reform.

SB 160 now heads to the Senate Rules Committee which will schedule the bill for a full floor vote.

“The utilities pushing this are already very powerful entities in the state’s political arena,” said Angela Speir Phelps, former member of the Georgia Public Service Commission and current Executive Director of Georgia Watch, a member of the Alliance. “If this passes – the scales will tilt even more heavily in their favor over every day Georgians who are just trying to get by.”

Introduced by Senator Don Balfour (R-Snellville), SB 160 would change the current law which prohibits any utility company regulated by the Public Service Commission from making direct or indirect contributions to political campaigns. While the new law would still prohibit contributions to members of the PSC, it would open up contributions to all other elected officials.

“We are disappointed that the first bill passed out of the Senate Ethics Committee would increase the influence of special interests and further drown out the voices of those fighting for the people’s interest – entities which are so directly dependent by law on government decision-making should not be allowed to contribute to campaigns.,” said William Perry, Executive Director of Common Cause Georgia, which is also a member of the Alliance.

“We are hopeful that a member of the General Assembly will show strong leadership and will soon step forward to address true ethics reform” added Perry.

The Georgia Alliance for Ethics Reform, a broad coalition of watchdog and educational groups formed to fight for strong ethics reform under the Gold Dome and across the state.  The Alliance introduced its 26-point ethics reform proposal in January. To read the proposal, click here.

The members of the Alliance are independent groups and individuals with other policy interests in addition to their ethics proposal.  However, we are united in the push for strengthening Georgia’s ethics laws.  The Alliance includes Georgia Watch, Common Cause Georgia, Georgia Tea Party Patriots, and the League of Women Voters of Georgia. We invite all groups and individuals with an interest in ethics legislation to join the Alliance at www.GeorgiaEthicsReform.com