She thought her ER charges had been waived. Then she got a $1,200 bill in the mail

HomeHealth Access ProgramShe thought her ER charges had been waived...

She thought her ER charges had been waived. Then she got a $1,200 bill in the mail 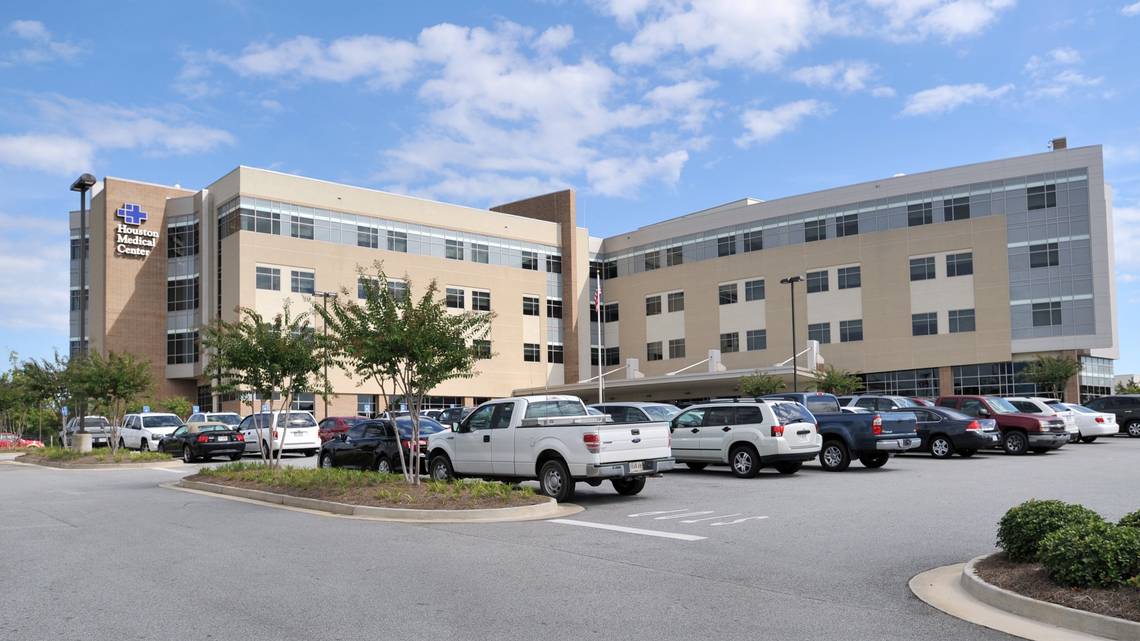 Houston Medical Center on Watson Boulevard is pictured in this 2012 file photo. Photo courtesy of The Telegraph.

By Samantha Max – The Telegraph

When Joni Mickey went to the emergency room in March 2017, she thought she was having a heart attack. The 60-year-old had been experiencing chest pains, and she rushed to Houston Medical Center in Warner Robins for treatment.

When Mickey arrived, she warned the staff that she probably wouldn’t be able to pay for care. Mickey submitted an application for financial aid, which a Houston Healthcare financial counselor approved about two months later.

Then on Aug. 28 of this year, Mickey got a letter in the mail from a lawyer named Christopher Durham, informing her she owed $1,247 to Houston County Emergency Group, LLC for her visit to the ER. If she paid $872, the letter said, she could settle her account.

Mickey didn’t understand. She thought her charges had been waived. And she had no idea why the notice was from a private company she had never heard of, rather than the hospital itself.

What Mickey didn’t know was that Durham is the chairman and co-founder of Atlanta-based ApolloMD, a private health care practice that works with more than 130 hospitals nationwide. ApolloMD physicians work as independent contractors, operating within the hospital, but are exempt from many of its rules and regulations.

Nonprofit hospital systems like Houston Healthcare must follow strict federal guidelines to secure their tax-exempt status. They’re required to have a written financial assistance policy, which outlines the hospital’s eligibility criteria to qualify for aid, its methodology for calculating patients’ bills and its protocol for collecting unpaid medical debts.

As not-for-profit entities, hospitals designated by the IRS as 501(c)(3) organizations must provide community benefits, including uncompensated care for patients who can’t afford their bills. But financial assistance policies can work around the rules to deny financial assistance for certain services.

Houston Healthcare’s financial assistance policy specifies that it “cannot make any financial arrangements for the charges of any private physician practice,” and then lists five private companies that operate in accordance with the hospital. Fifth on the list is “Houston County Emergency Group, LLC – d/b/a ApolloMD.”

ApolloMD employs all of Houston Healthcare’s emergency physicians, according to Kevin Rowley, executive director of marketing for the hospital system. That means no care provided by an emergency medicine physician at the emergency departments of either Houston Medical Center or Perry Hospital is covered by the hospital system’s financial aid policy. ApolloMD charges patients separately from Houston Healthcare and follows its own billing practices, Rowley said.

Emergency care accounts for a large portion of the hospital’s operations. Houston Healthcare reported 78,874 emergency department visits in fiscal 2017, compared to 14,421 admissions to the hospital for non-emergent care.

Patients might assume that when they go to the emergency room at Houston Medical Center or Perry Hospital, which are both mandated by law to advertise their financial aid policies, that such assistance would be available to them for emergency care.

Patients at Medical Center, Navicent Health, on the other hand, can apply for financial aid for any care they receive at the hospital, with the exception of elective cosmetic surgery, according to Public Relations Manager Megan Allen.

“Many of the folks who are visiting ERs are indigent, they may be less insured, and they’re visiting the ER because at least they know they’re gonna get treatment there. And yet, the policy won’t necessarily cover them when the bill comes, even though those policies — the financial assistance policies — are meant to cover indigent and less insured individuals,” said Berneta Haynes, director of equity and access for the consumer protection organization Georgia Watch. “So, it ends up being a very icky situation that doesn’t make much sense at all.”

ApolloMD’s physician groups generally follow the same financial assistance guidelines of the hospital where they practice, Eric Swartz, corporate counsel for ApolloMD, wrote in an email to The Telegraph.

He added that “in most cases, the hospital will inform patients that the doctors who treat them may work for a separate entity,” and that a sign in Houston Medical Center’s emergency department also advertises that information.

But when patients go to the hospital for emergency treatment, there’s no guarantee that they’ll notice every sign on the wall. And they’re not typically told outright if their physician is a hospital employee or a private contractor, Haynes said. Most patients wouldn’t know to ask.

“In an emergency room setting, where you are the patient, you don’t necessarily have the wherewithal to ask those questions. You may not even be conscious,” Haynes said. “If you have someone there with you, a family member or a friend, they would be the likely individual to ask that kind of question and should be prepared to ask those kinds of questions. But even for, you know, someone that’s there with you, the situation itself doesn’t generally lend itself to, you know, folks thinking in that clear-sighted, long-term kind of way.”

Without asking the right questions, patients might find out later that their doctor isn’t part of the hospital’s financial assistance plan. Pricey emergency care for uninsured or under-insured patients can surprise patients after the fact, leaving them with few options if they can’t turn directly to the hospital for help.

“It undercuts, it feels to me, the financial aid policy,” Haynes said.

Swartz wrote that ApolloMD makes every effort to work with patients to resolve their bills.

“If a patient advises us that they have received financial assistance or charity from a hospital, we will typically grant the same assistance,” he wrote.

But it’s up to the patient to work out an agreement, or else face the potential consequences of an outstanding medical debt.

Emergency room bills, even for those with insurance, can be steep. ER spending among commercially insured patients rose 98 percent between 2009 and 2016, a recent report by the Health Care Cost Institute found. More severe visits accounted for the largest increases in spending, but payment increased at different levels across the board, even though emergency room use remained about the same during that period, said John Hargraves, one of the study’s authors.

In Georgia, per person spending went up an average of 107 percent between 2009 and 2016, and 156 percent for the most severe visits to the ER. In that time span, overall emergency room use in the state changed only slightly, decreasing by 3 percent.

As emergency departments hike up prices, they’re foisting patients with surprise bills that are much more expensive than expected. And if an insured patient goes to an in-network hospital that employs out-of-network physicians, he or she likely won’t find out until after the fact.

“In emergency situations, once you show up at the hospital, it’s kind of hard to ask about what’s covered,” Hargraves said. “And, depending on who you’re talking to, given the idea that these physicians might not be in network but the hospital is, you might assume that you’re in a participating hospital, and it’s definitely covered by insurance, and only find out later, months later that, oh, you’re facing a bill from an out-of-network provider.”

There’s not a lot of transparency in medical billing, Haynes said. If patients want to know who they’re paying or what they’re paying for, they usually have to do the research on their own. But Haynes said emergency room bills are negotiable, and patients have multiple options if they receive a bill they can’t afford.

The first step, she said, is to go through the bill and check for errors. After reviewing the bill, insured patients can file a formal appeal with their insurance provider, though Haynes warned the process is time sensitive.

Patients who are uninsured or who get out-of-network care can get in touch with the health care provider’s billing office and inquire about all of their options, Haynes said. Sometimes a solution can be as simple as filling out a financial assistance application.

In other cases, patients might have to negotiate a payment arrangement to settle their bill. Haynes said patients should ask if they can pay a lower lump sum at first, and then pay off the rest of their outstanding debt through an interest-free agreement with no late fees. She added patients should get a copy of the agreement in writing and make sure the provider does not send the bill to a debt collector while the payment plan is still in place.

The key, Haynes said, is to understand the charges on the bill. Haynes suggested patients research how much the procedure they’re paying for tends to cost in the area. Multiple websites, like fairhealthconsumer.org and healthcarebluebook.com, allow consumers to type in a medical procedure and ZIP code and see how much local providers are charging for the service on average. Some hospitals even offer online estimation tools that allow patients to see how much they can expect to pay for a procedure.

“If there is more transparency, people are able to take better control of their medical bills,” Haynes said, “and maybe minimize or avoid a surprise medical bill.”

If you have a question about your medical bills, you can visit Georgia Watch’s website, georgiawatch.org, or call its hotline: 866-339-2824.